No1241 My Game Over Man minimal movie poster 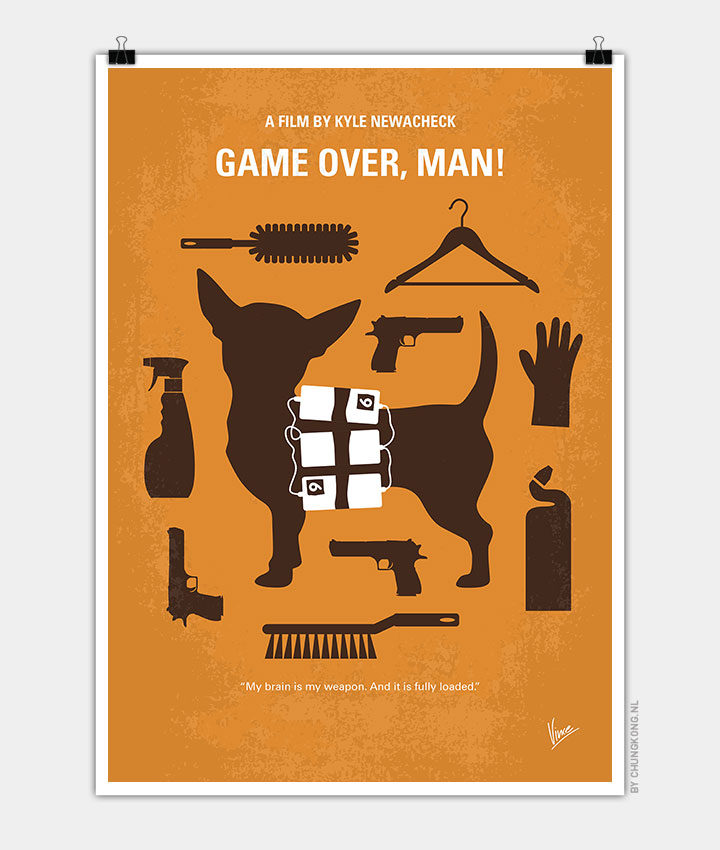 Three friends are on the verge of getting their video game financed when their benefactor is taken hostage by terrorists.

Storyline
Alexxx, Darren, and Joel are three losers who work as maids at a hotel and all have problems. Alexxx is an impulsive and immature manchild. Darren constantly vapes to avoid the world around. Joel is a closeted gay man whose sexuality is obvious to everyone except himself. When word gets out that social media influencer Bae Awadi is coming to their hotel, the three try to pitch their game idea to him. But when terrorists arrive and take hostages, including Bae, the three must man up and save the day.