No1242 My The BFG minimal movie poster 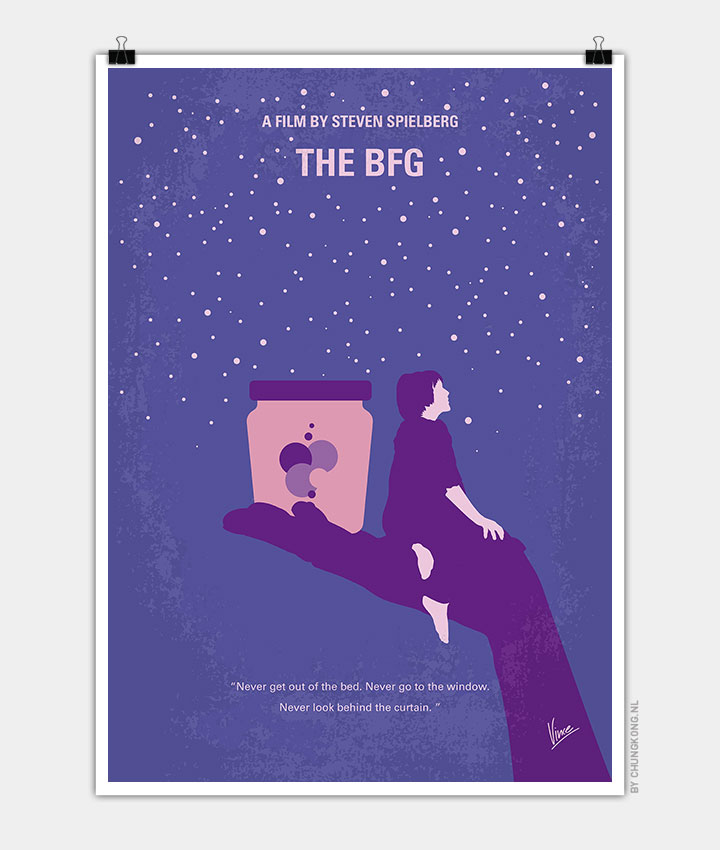 An orphan little girl befriends a benevolent giant who takes her to Giant Country, where they attempt to stop the man-eating giants that are invading the human world.

Storyline
In London, insomniac orphan Sophie is awake early morning at 3:00 a.m., afraid of the witching hour. Out of the blue, she sees a giant from the window of her orphanage and she hides in her bed. However, the giant snatches Sophie and takes her to the distant Giant Country. He tells Sophie that she must stay with him for the rest of her life since she saw him. He explains that he works catching dreams and calls him “Big Friendly Giant” or “BFG”. He also reads a book to Sophie and she sleeps; then he uses a nightmare to be afraid of escaping being eaten by an evil giant. Soon the giant breaks in BFG’s cave and senses the scent of Sophie. She hides and soon she learns that there are giants that devours humans. BFG takes Sophie to the Dream country to catch dreams. The BFG goes to London to return Sophie to the orphanage, but she forces him to take her back to the Giant Country. However the other giants are hunting her down in BFG’s home. What will they do?