No1243 My The 5th Wave minimal movie poster 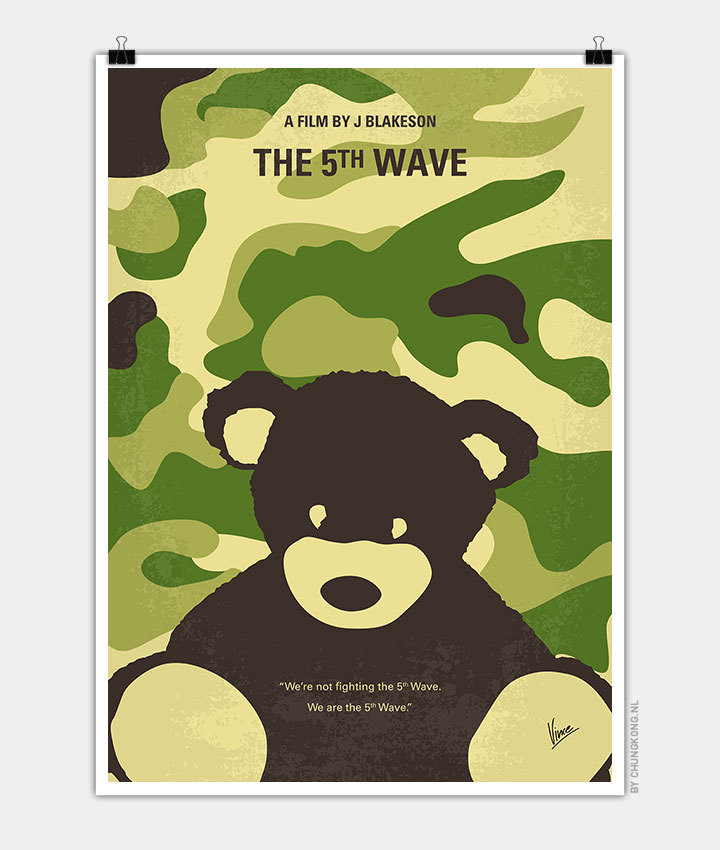 Four waves of increasingly deadly alien attacks have left most of Earth in ruin. Cassie is on the run, desperately trying to save her younger brother.

Storyline
When Earth is attacked by aliens, there is a sequence of waves of destruction to annihilate the population. The aliens drain the energy and create diseases and natural disasters. The teenager Cassie Sullivan moves with her family to the countryside, but when her mother Lisa dies, her father Oliver decides to go to a refugee camp with Cassie and her young brother Sam. Out of the blue, the army comes to the camp to transfer the survivors to a military base. They transfer the children first but Cassie misses the bus where Sam is. She learns that the in the 5th wave, the aliens have assumed the human form and she witnesses the military executing the civilians in the camp including her father. She flees and now she begins her quest to find Sam. Meanwhile the teenagers and children are trained by the military to fight the enemy. But how to know who is human and who is alien?