No1244 My TENET minimal movie poster 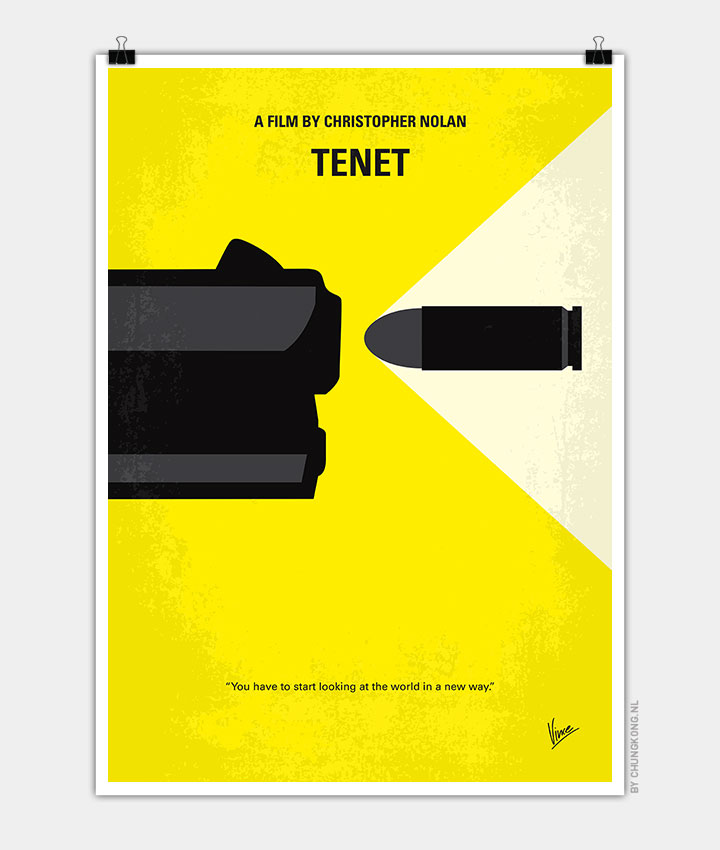 Armed with only one word, Tenet, and fighting for the survival of the entire world, a Protagonist journeys through a twilight world of international espionage on a mission that will unfold in something beyond real time.

Storyline
After having a near-death experience, an unnamed CIA operative, known as the Protagonist, is selected to join the ranks of the shadowy government organization called Tenet: a group tasked with ensuring the survival of the human race. Entrusted with coming to grips with a terrifying, cutting-edge technology, and an imminent attack from the future, the Protagonist teams up with his cryptic new partner, Neil, following a faint trail of clues that lead to the villainous Russian oligarch, Sator. However, this is a race against time, and as the suffocating stranglehold of the invisible threat tightens, more and more, the future of our world is hanging by a thread. Can two agents working alone avert the impending Armageddon?