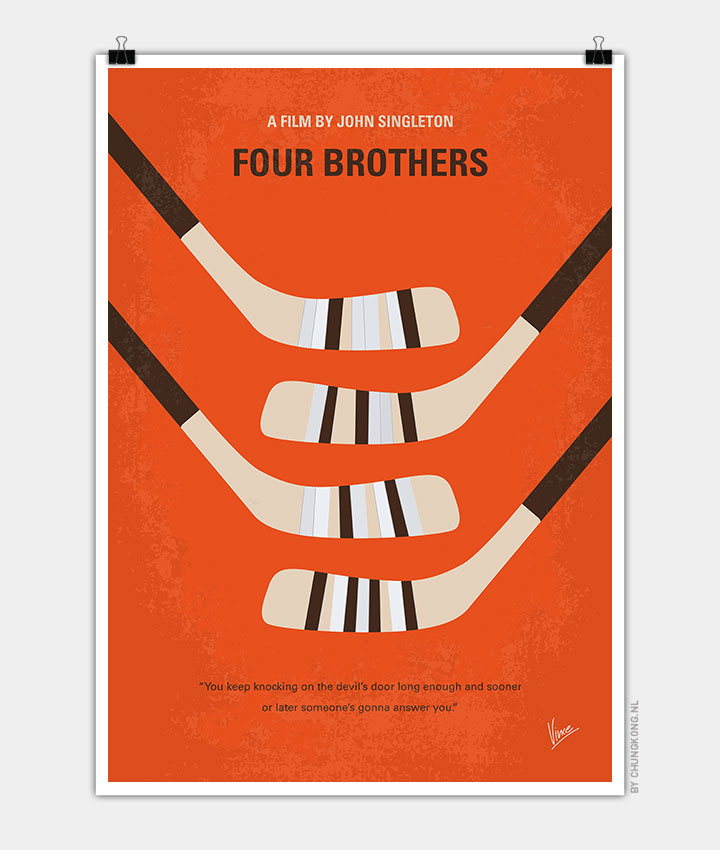 When their adoptive mother is gunned down in a store robbery the ‘four brothers’ investigate the murder for themselves & look for the killers, but not all is what it seems.

Storyline
Four adopted brothers come to avenge their mother’s death in what appears to be a random killing in a grocery store robbery. However, the boys’ investigation of the death reveals more nefarious activities involving the one brother’s business dealings with a notorious local hoodlum. Two cops who are trying to solve the case may also not be what they seem.