No1258 My The Rules of Attraction minimal movie poster 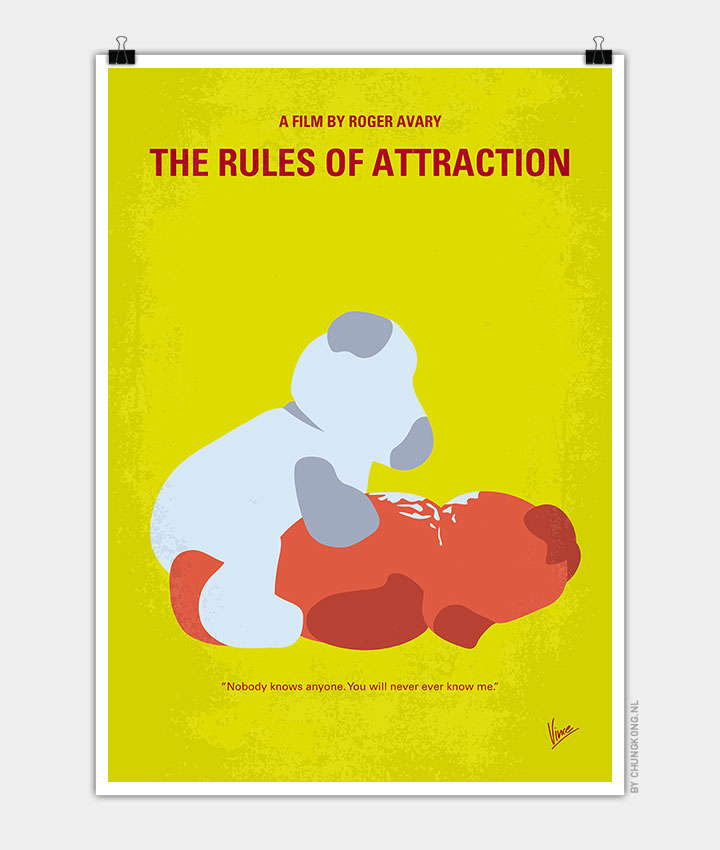 The incredibly spoiled and overprivileged students of Camden College are a backdrop for an unusual love triangle between a drug dealer, a virgin and a bisexual classmate.

Storyline
Camden College. Sean Bateman is the younger brother of depraved Wall Street broker Patrick Bateman. He’s also a drug dealer who owes a lot of money to “fellow” dealer Rupert Guest, as well as a well-known womanizer, for he sleeps with nearly half of the female population on campus. Lauren Hynde is, technically, a virgin. She’s saving herself for her shallow boyfriend, Victor Johnson, who’s left the States to backpack across Europe. Her slutty roommate, Lara, has the hots for Victor as well. Paul Denton, who used to date Lauren, is openly bisexual and attracted to Mitchell Allen, who’s dating Candice to prove to Paul that he’s not gay. Sean loves Lauren. Paul loves Sean. And Lauren may love Sean.