No126 MY Maroon 5 Minimal Music poster 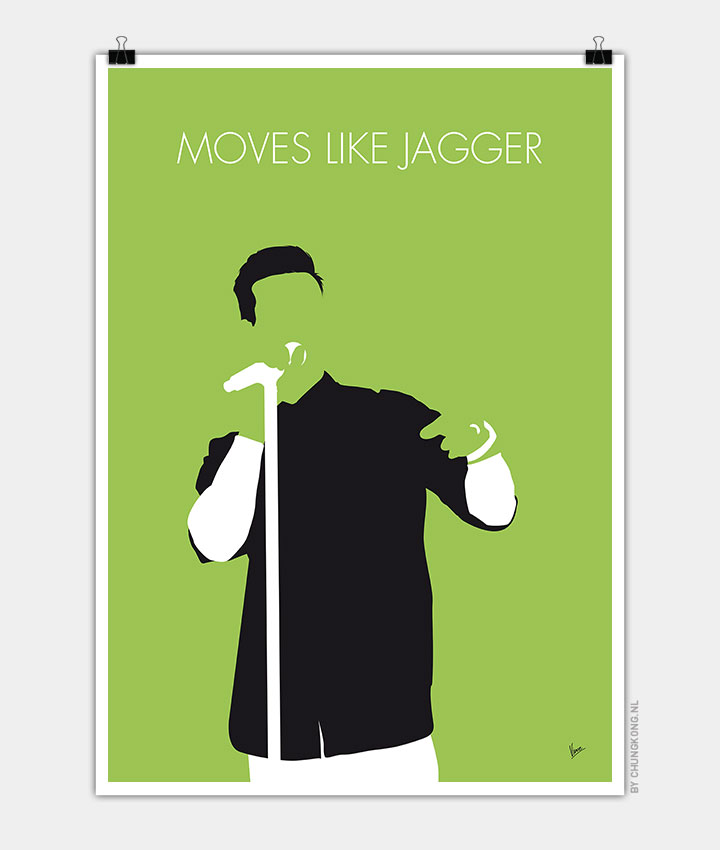 “Moves like Jagger” is a song by American band Maroon 5 featuring recording artist Christina Aguilera, released by A&M Octone Records on June 21, 2011, as the fourth and final single from the re-release of the group’s third studio album Hands All Over (2010). The song was written by Adam Levine, Ammar Malik, Benjamin Levin, and Shellback; the latter two are also the producers. “Moves like Jagger” is a dance-pop and electropop song and is backed by synths and electronic drums. The lyrics refer to a male’s ability to impress a love interest with his dance moves, which he compares to those of Mick Jagger, lead singer of The Rolling Stones.

“Moves like Jagger” was well received by music critics, who praised the song’s chorus. Praise also went to the vocals of Levine and Aguilera, with critics pointing out solid chemistry between the two. Likewise, the song was a commercial success, going on to top the charts in over 18 countries. In the United States, “Moves like Jagger” became the band’s second (after 2007’s “Makes Me Wonder”) and Aguilera’s fifth number-one single and is among the best-selling singles of all time.