No1264 My Evita minimal movie poster 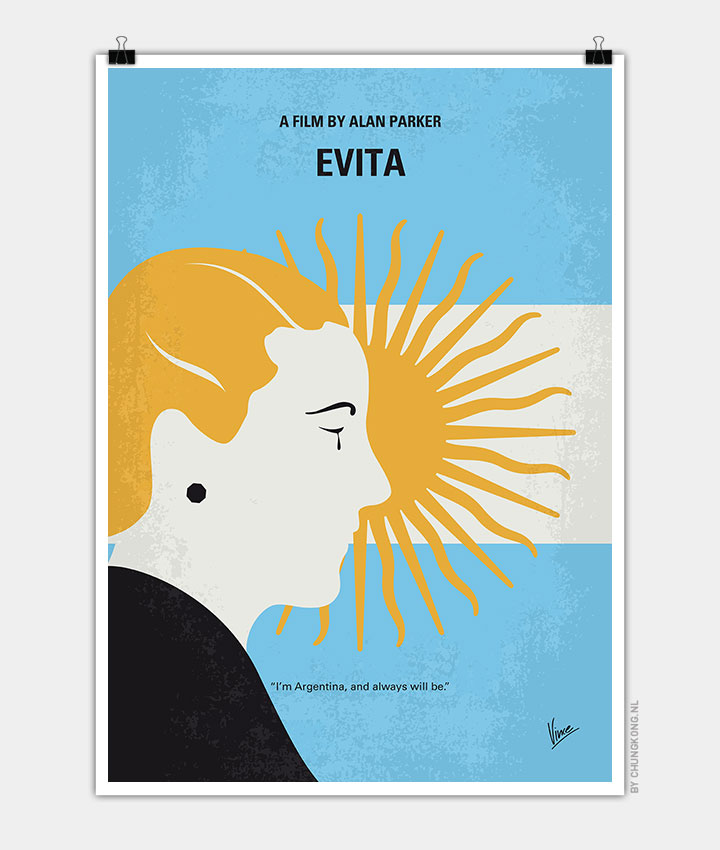 The hit musical based on the life of Eva Perón (Evita Duarte), a B-picture Argentinian actress who eventually became the wife of Argentinian president Juan Domingo Perón, and the most beloved and hated woman in Argentina.

Storyline
High-flying, adored! The film adaptation of the hit Broadway musical depicting the infamous real-life story of Eva “Evita” Duarte de Peron, the wife of President Juan Peron, who rose from poverty to become the most famous Argentine woman in history. Her huge political influence and constant charity works earned her scorn and fear from the military and upper classes but adoration and love from the workers and descamisados. Evita’s legendary life is displayed before your eyes as the most hated and most beloved woman in Argentina.