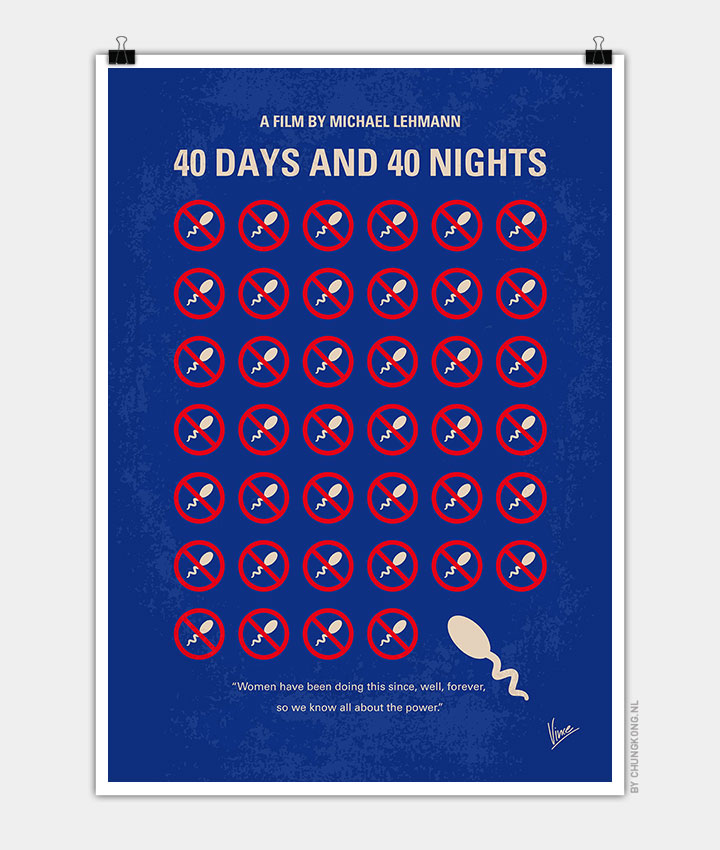 After a brutal break-up, a young man vows to stay celibate during the forty days of Lent, but finds the girl of his dreams and is unable to do anything about it.

Storyline
Nicole broke up with Matt months ago and is now engaged to someone else. He’s very good-looking and has no trouble finding other lovers, but that doesn’t help because he’s still obsessed with wanting her back. Then he gets the inspiration that swearing off sex for Lent (all forms of sexual activity, even kissing or masturbation) will give him the perspective he needs. So of course a few days later he meets a woman and they fall in love. Now Matt sees his vow as a personal matter, and won’t even tell her about it, but his friends think otherwise, and now the complications begin.