No1266 My Now You See Me minimal movie poster 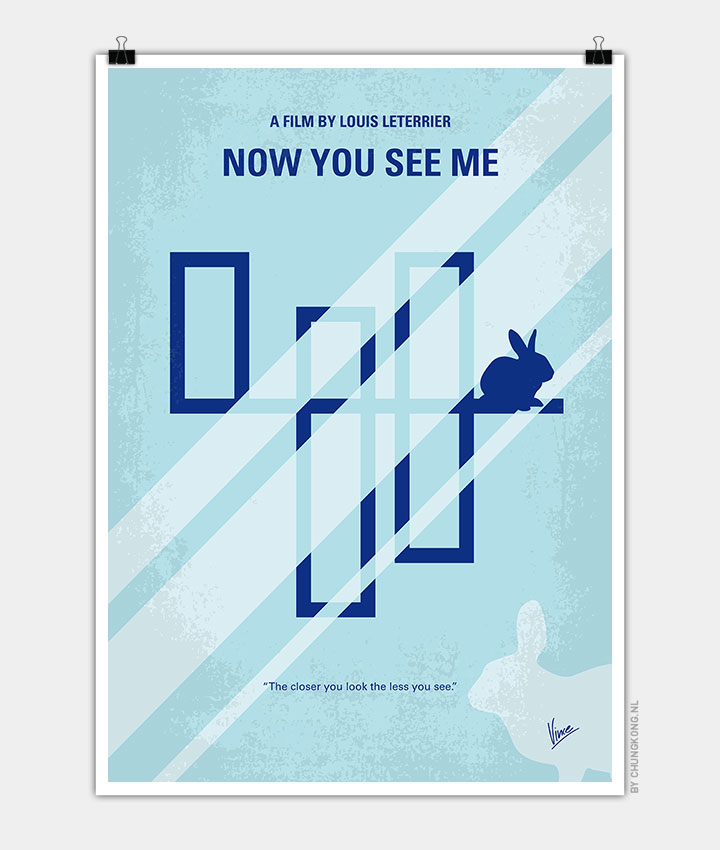 An F.B.I. Agent and an Interpol Detective track a team of illusionists who pull off bank heists during their performances, and reward their audiences with the money.

Storyline
Four down-on-their-luck magicians are brought together by an anonymous person who gives them the blueprints to a great illusion. A year later, they call themselves “The Four Horsemen”, and the finale of their show is that they will rob a bank. The bank they choose to rob is in France, and they do it. The incident is brought to the attention of the F.B.I., so they assign Agent Dylan Rhodes to investigate. Alma Vargas, an Interpol Agent comes to help Rhodes, which he doesn’t like. They turn to Thaddeus Bradley, a former magician, who exposes magic as simple trickery. Bradley shows them how they did it, but still not enough to give Rhodes grounds to arrest them. So they follow them and they pull another stunt, which makes Rhodes think that they’re part of a plot to get back at certain people.