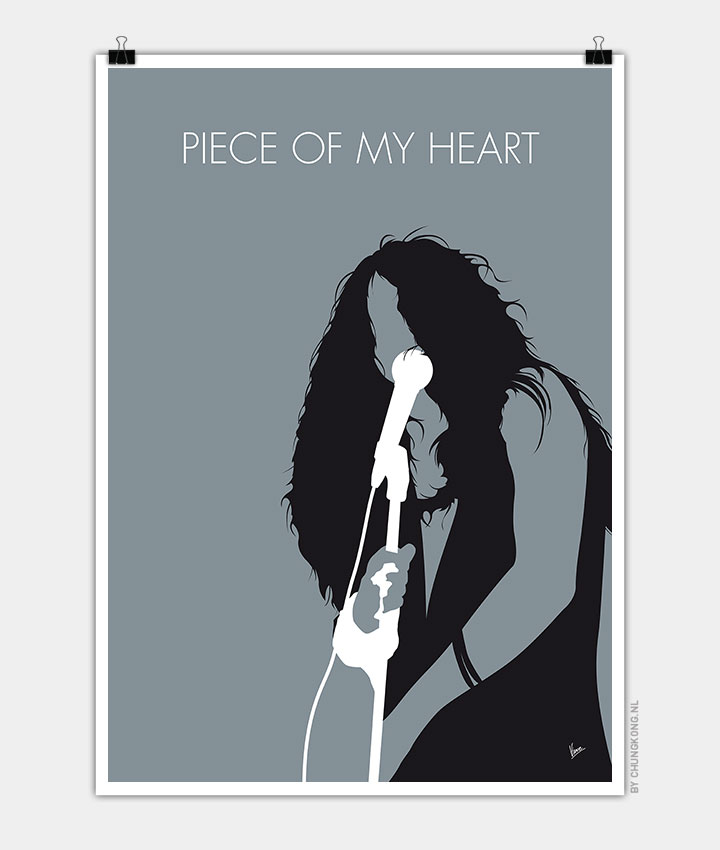 Piece of My Heart is a romantic funk/soul love song written by Jerry Ragovoy and Bert Berns, originally recorded by Erma Franklin in 1967. The song came to greater mainstream attention when Big Brother and the Holding Company (featuring Janis Joplin on lead vocals) covered the song in 1968 and had a much bigger hit with it. The song has since been remade by several singers, including Dusty Springfield on her 1968 album Dusty… Definitely, Bryan Ferry on his solo debut album These Foolish Things in 1973, Faith Hill in 1994 and Melissa Etheridge in 2005. In 2004 the Big Brother and the Holding Company version was ranked number 353 on Rolling Stone’s list of the 500 Greatest Songs of All Time. The song is also included among The Rock and Roll Hall of Fame’s 500 Songs that Shaped Rock and Roll.