No127 My FROM DUSK TILL DAWN minimal movie poster 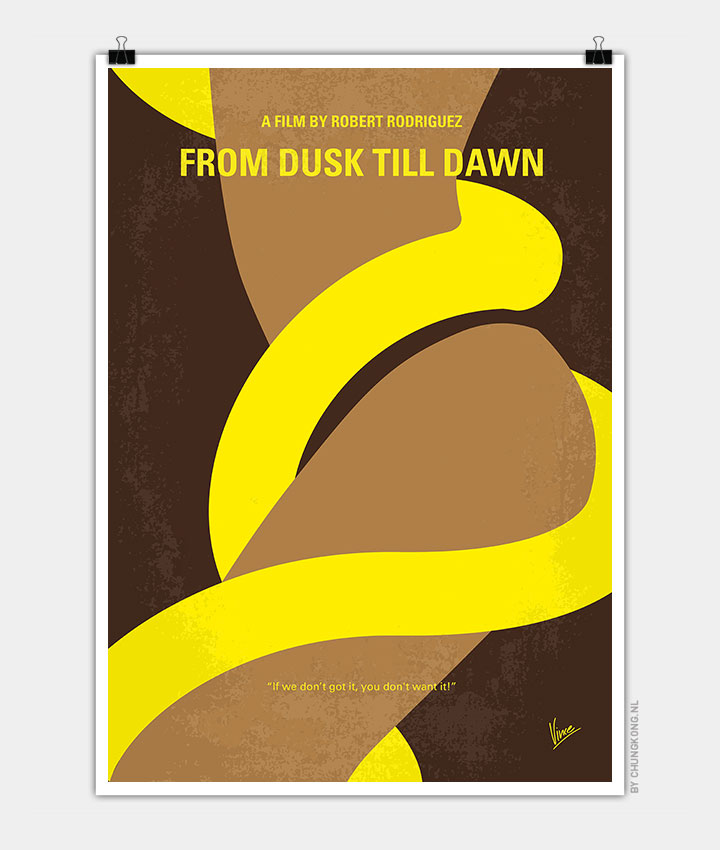 Storyline
After a bank heist in Abilene with several casualties, the bank robber Seth Gecko and his psychopath and rapist brother Richard Gecko continue their crime spree in a convenience store in the middle of the desert while heading to Mexico with a hostage. They decide to stop for a while in a low-budget motel. Meanwhile the former minister Jacob Fuller is traveling on vacation with his son Scott and his daughter Kate in a RV. Jacob lost his faith after the death of his beloved wife in a car accident and quit his position of pastor of his community and stops for the night in the same motel Seth and Richard are lodged. When Seth sees the recreational vehicle, he abducts Jacob and his family to help his brother and him to cross the Mexico border, promising to release them on the next morning. They head to the truck drivers and bikers bar Titty Twister where Seth will meet with his partner Carlos in the dawn. When they are watching the dancer Santanico Pandemonium, Seth and Richard fight with three bodyguards. But soon they discover that the bar is a coven of vampires and they need to fight until dawn to leave the place alive.