No1270 My Fracture minimal movie poster 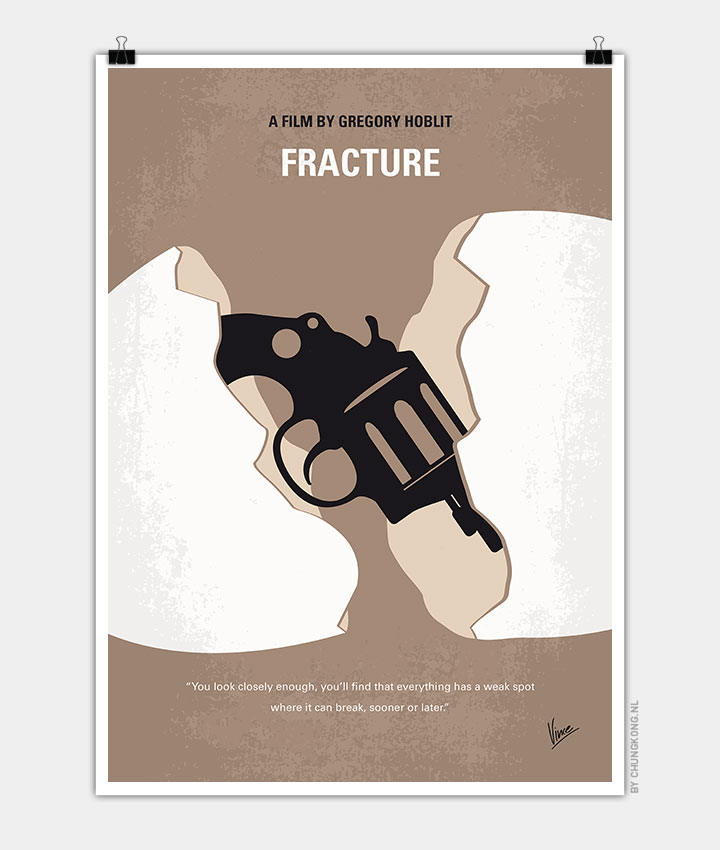 An attorney intending on climbing the career ladder toward success finds an unlikely opponent in a manipulative criminal he is trying to prosecute.

Storyline
Wealthy, brilliant, and meticulous Ted Crawford, a structural engineer in Los Angeles, shoots his wife Jennifer and entraps her lover, Lieutenant Robert “Rob” Nunally. He signs a confession. At the arraignment, he asserts his rights to represent himself and asks the court to move immediately to trial. The prosecutor is Willy Beachum, a hotshot who’s soon to join a fancy civil-law firm, told by everyone it’s an open and shut case. Crawford sees Beachum’s weakness, the hairline fracture of his character: Willy’s a winner. The engineer sets in motion a clockwork crime with all of the objects moving in ways he predicts.