No1271 My SIGNS minimal movie poster 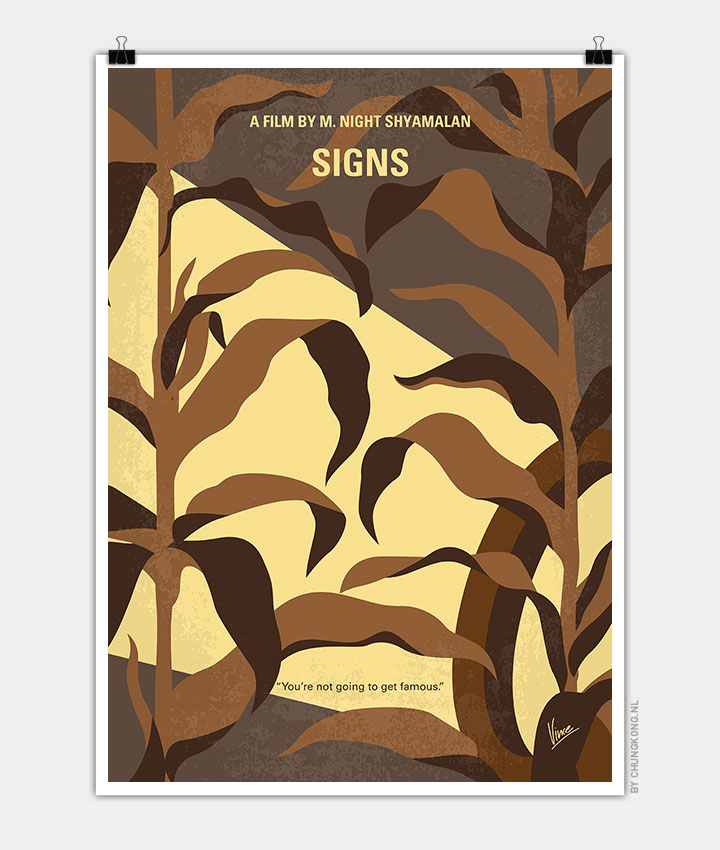 A family living on a farm finds mysterious crop circles in their fields which suggests something more frightening to come.

Storyline
Having lost his religious faith after the horrific car accident that claimed the life of his wife, the emotionally broken former Episcopal priest, Graham Hess, retreats to a remote farm surrounded by corn in Pennsylvania to live with his two young children and younger brother. Six short months later, a sinister undercurrent of dread starts to take over the family when mysterious crop-circle formations appear in his field, and the same circular patterns manifest all over the world. More and more, as equally unexplained happenings occur, grief and denial mix with paranoia, making a highly volatile combination. Is this an elaborate hoax, an ominous sign from above, or could it be, indeed, the end of the world as we know it?