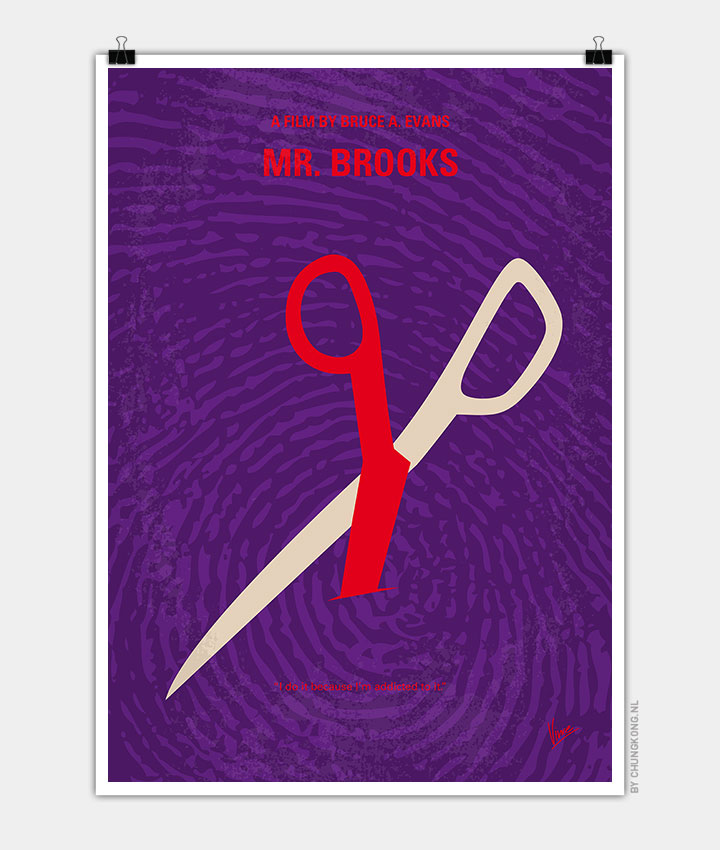 A well-respected businessman is sometimes controlled by his murder and mayhem-loving alter ego.

Storyline
Earl Brooks is a highly respected businessman and was recently named Portland’s Man of the Year. He hides a terrible secret however: he is a serial killer known as the Thumbprint Killer. He has been attending AA meetings and has kept his addiction to killing under control for two years now but his alter ego, Marshall, has re-appeared and is pushing him to kill again. When he does kill a couple while they are making love, he is seen and photographed by someone who also has his own death and murder fetish. In a parallel story, the police detective investigating the murder is having problems of her own. She is going through a messy divorce and a violent criminal who had vowed revenge some years before has escaped from prison and is after her.