No1273 My The Ninth Gate minimal movie poster 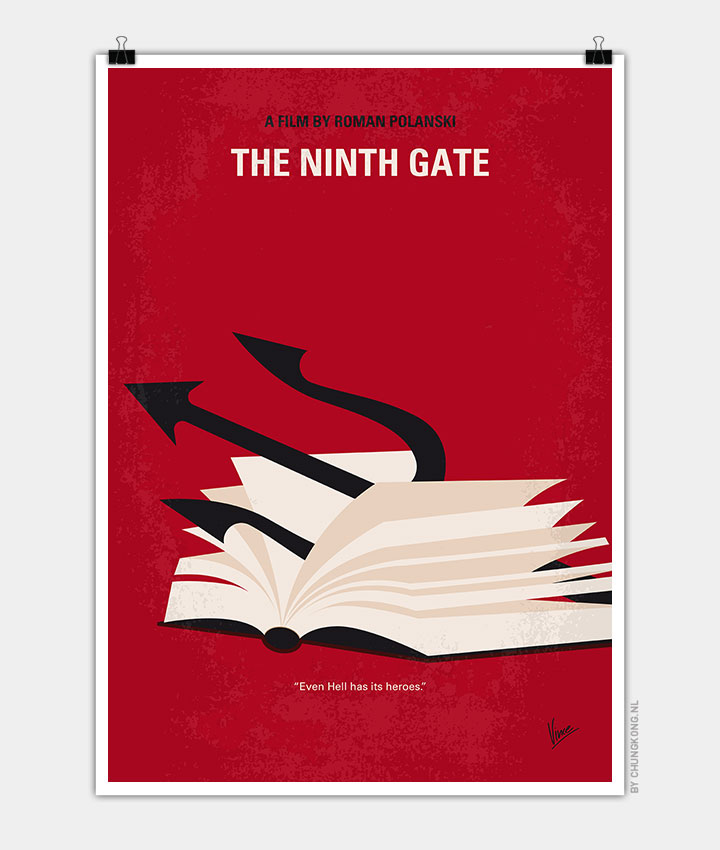 A rare book dealer, while seeking out the last two copies of a demon text, gets drawn into a conspiracy with supernatural overtones.

Storyline
Dean Corso, the unscrupulous New York City rare-book dealer with the questionable ethics, is hired by the millionaire magnate Boris Balkan–an avid book collector and a zealous occult scholar–to verify the authenticity of his most prized possession: The Nine Gates of the Kingdom of Shadows. As the diligent book-detective flies to Europe to compare Balkan’s edition with the only two remaining copies, right from the start, a thick mystery begins to shroud his discoveries, while at the same time, a cryptic woman seems to follow his every step. Eventually, at the end of Corso’s dangerous hunt for clues, the unfathomable secrets of the leather-bound opus’ intricate mystical engravings will be unveiled only to the one who holds the key. However, who is worthy of its dark, yet glorious mysteries?