No1281 My The French Dispatch minimal movie poster 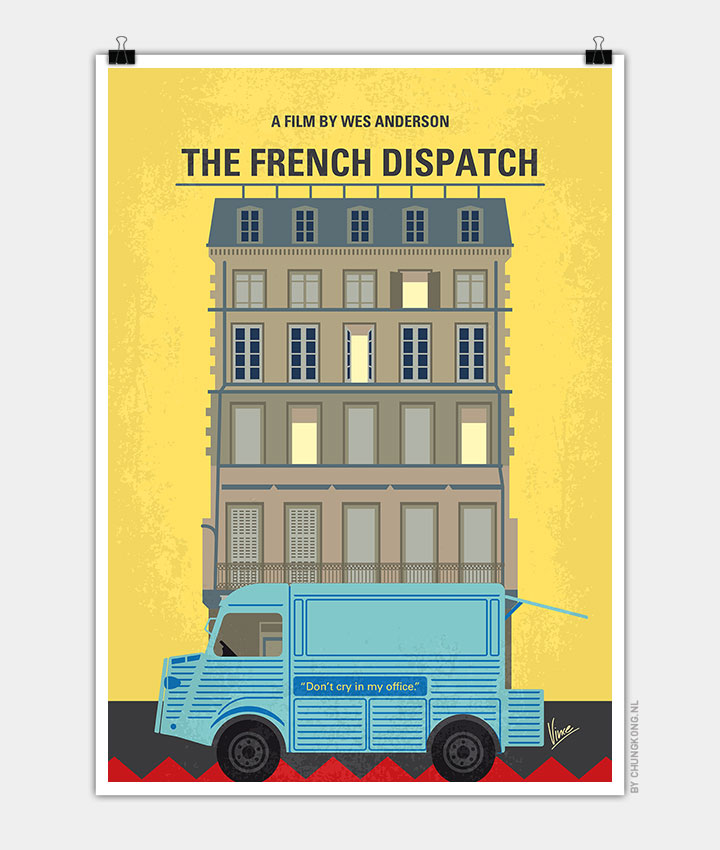 A love letter to journalists set in an outpost of an American newspaper in a fictional twentieth century French city that brings to life a collection of stories published in “The French Dispatch Magazine”.

Storyline
In the 1960s in the French city of Ennui-sur-Blasé, journalists work on the American magazine The French Dispatch. Curmudgeonly editor Arthur Howitzer Jr. runs the magazine, which covers “world politics, the arts high and low, and diverse stories of human interest.”