No1287 My Alexander minimal movie poster 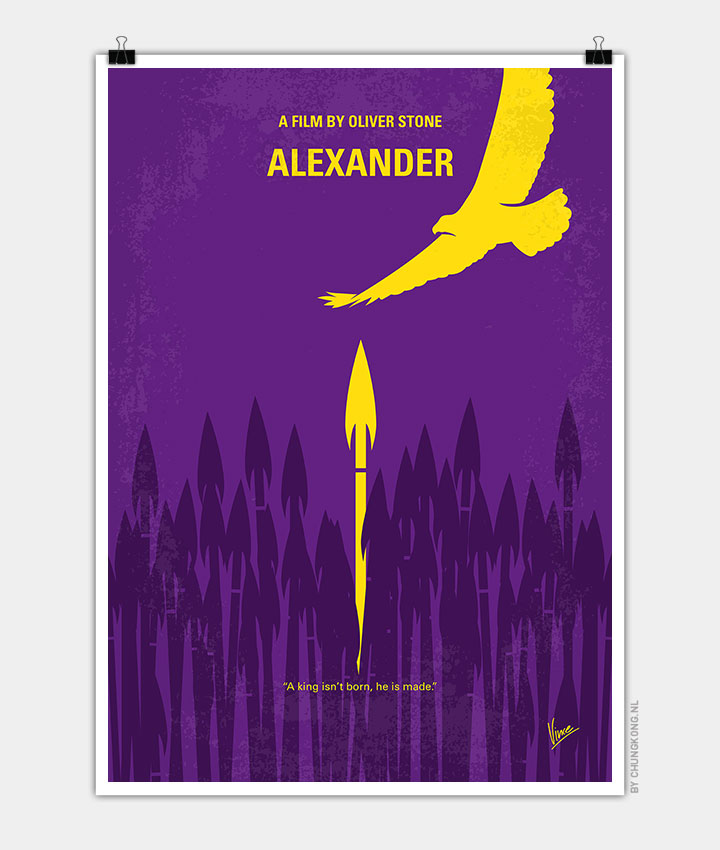 Alexander, the King of Macedonia and one of the greatest army leaders in the history of warfare, conquers much of the known world.

Storyline
Conquering ninety percent of the known world by the age of twenty-five, Alexander the Great (Colin Farrell) led his armies through twenty-two thousand miles of sieges and conquests in just eight years. Coming out of tiny Macedonia, Alexander led his armies against the mighty Persian Empire, drove west to Egypt, and finally made his way east to India.

This movie concentrated on those eight years of battles, as well as his relationship with his boyhood friend and battle mate, Hephaistion (Jared Leto). Alexander died young, of illness, at the age of thirty-two. Alexander’s conquests paved the way for the spread of Greek culture (facilitating the spread of Christianity centuries later), and removed many of the obstacles that might have prevented the expansion of the Roman Empire. In other words, the world we know today might never have been if not for Alexander’s bloody, yet unifying, conquest.