No1290 My The Commuter minimal movie poster 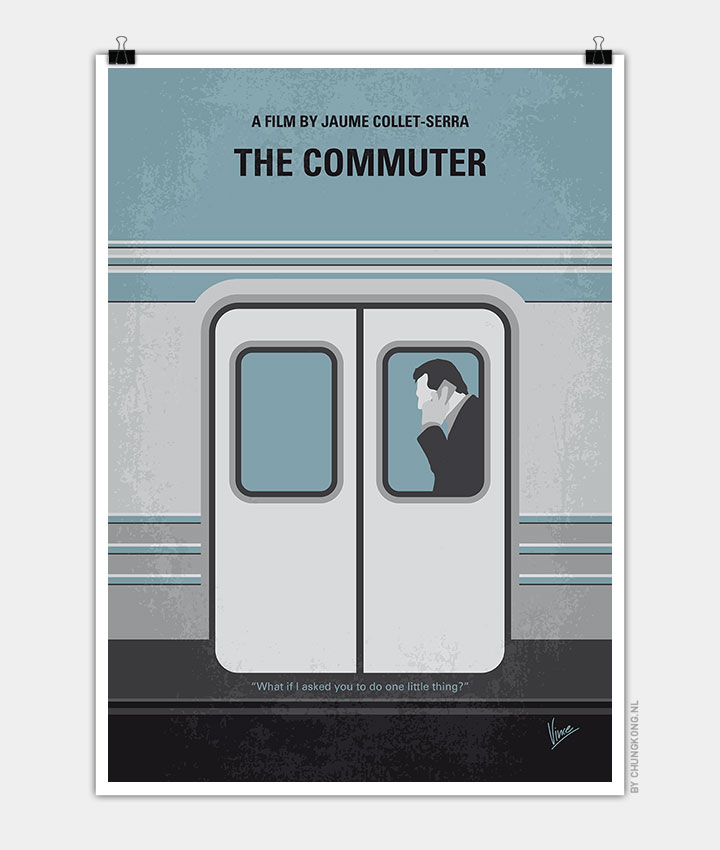 An insurance salesman/ex-cop is caught up in a life-threatening conspiracy during his daily commute home.

Storyline
Michael MacCauley, a former police officer and now a hard-working life-insurance salesman and a caring family man, has been taking the commuter rail to New York for the past ten years. But, things will take an unexpected turn when, on one of his daily journeys, the cryptic passenger, Joanna, makes Michael a generous and tempting offer to locate a single commuter or face grave consequences. Is this a sick joke, or is this, indeed, a dangerous situation? Now, as Michael races against the clock to solve this wicked conundrum, everyone aboard is a suspect, in a deal that there is more than meets the eye. Can he decide in time who is the one?