No1291 My Salt minimal movie poster 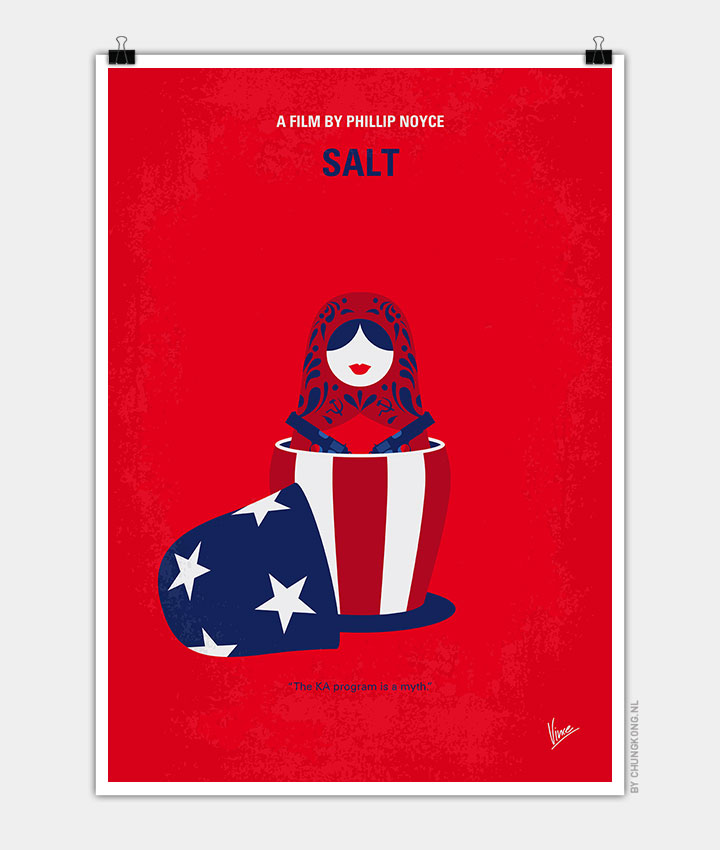 A CIA agent goes on the run after a defector accuses her of being a Russian spy.

Storyline
Two years ago, the CIA field agent Evelyn Salt is captured in North Korea and tortured. Her beloved husband and entomologist Mike Krause presses the US Government to make a swap and bring Salt back home. On the present days, the highly efficient Salt performs administrative work with her boss Ted Winter. When a Russian defector turns himself in to CIA, Salt is assigned to interrogate him. Out of the blue, the man accuses Salt of being a Russian agent in charge of killing the President of Russia during his visit to New York to attend the funeral of the American Vice-President.

Salt claims that she is innocent and asks Ted to call her husband, but she is not successful in her attempt. Salt asks Ted to give protection to her husband but she decides to flee to seek out Mike. Ted does not believe she is a Russian spy but the Secret Agent Peabody orders his agents to capture Salt dead or alive.