No1293 My Army of the Dead minimal movie poster 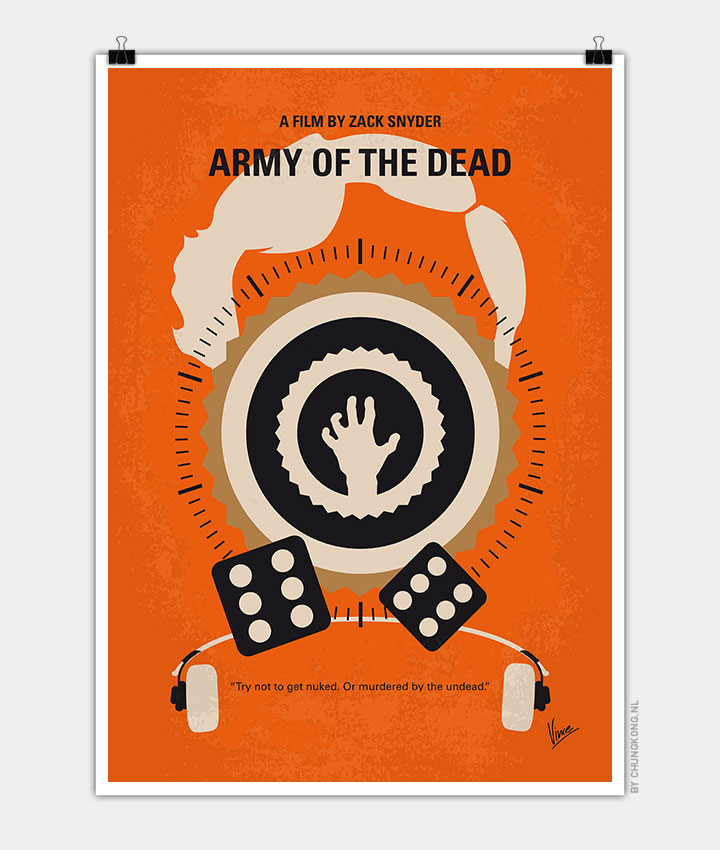 Following a zombie outbreak in Las Vegas, a group of mercenaries take the ultimate gamble, venturing into the quarantine zone to pull off the greatest heist ever attempted.

Storyline
With the abandoned, walled city of Las Vegas overrun with zombies, after a disastrous government fault, the billionaire casino magnate, Bly Tanaka, realises that he has left something in Sin City: $200 million to be more precise. For the time being, his mountains of cash are safe behind his impenetrable casino vault; however, the US President plans to nuke the entire city in less than 96 hours.

Now, Tanaka is willing to pay $50 million to the decorated former mercenary, Scott Ward, and his hand-picked team to retrieve the money before the bomb obliterates the city. Indeed, this is a life-changing offer Scott cannot refuse; nevertheless, the rules have changed, and the horde of the walking undead seems to be more organised than they might have expected. But, time is running out. Can they return from Vegas in one piece and rich?