No1294 My The golden child minimal movie poster 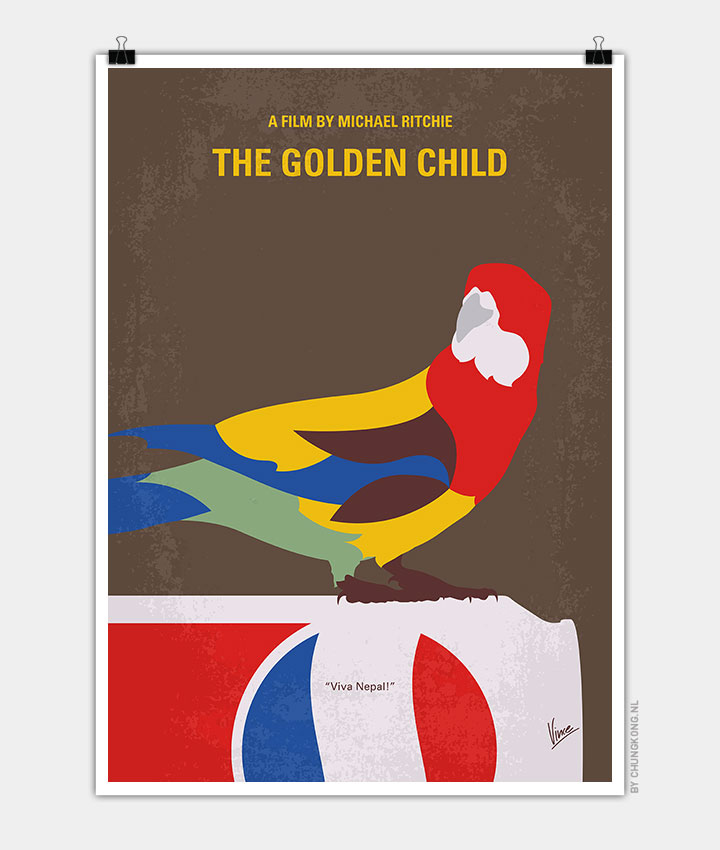 A private detective specializing in missing children is charged with the task of finding a special child whom dark forces want to eliminate.

Storyline
In an unknown location in Tibet, a young boy with mystical abilities, the Golden Child, receives badges of honor and demonstrates his power by reviving a dead bird, which is to become a constant companion. However, a band of villains led by a mysterious man breaks into the hidden temple, slaughters the monks and takes the boy away.

Some time afterwards, a young woman named Kee Nang watches a Los Angeles TV show in which Chandler Jarrell, a social worker who is confronted by a young Asian woman who tells him that he is the Chosen One destined to save The Golden Child, the savior of all mankind, from the clutches of the evil demon Sardo Numspa, who won’t rest until he sees to it that the boy is in his clutches. But Jarrell disbelieves the mysticism but he finds more and more evidence of demon worship as he starts investigating.