No1297 My The Spy Who Dumped Me minimal movie poster 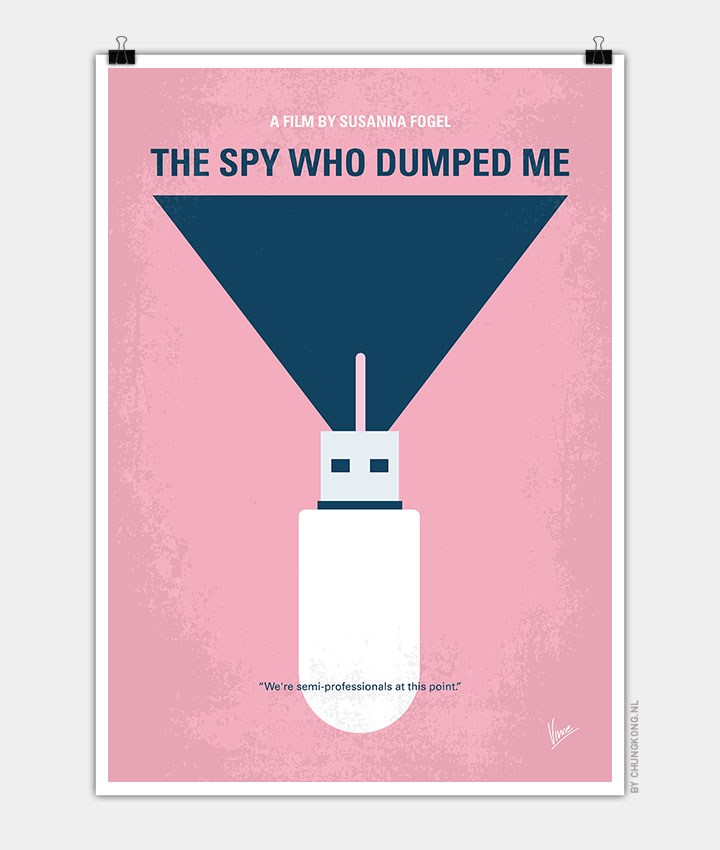 Best friends Audrey and Morgan unwittingly become entangled in an international conspiracy when one of them discovers that the boyfriend who dumped her was actually a spy.

Storyline
In Los Angeles, cashier Audrey Stockton spends her birthday upset after being dumped via text by her boyfriend Drew. Her charismatic best friend and roommate Morgan convinces her to burn Drew’s things and sends him a text as a heads-up. Unbeknownst to Audrey, Drew is a government agent being pursued by men trying to kill him. He promises to return and asks Audrey not to burn his things in the meantime.

At her job, Audrey flirts with a man who asks her to walk him to his car. Outside, he and a colleague force her into a van and he tells her he is Sebastian Henshaw and that Drew works for the C.I.A. and has gone missing. Audrey claims she hasn’t heard from Drew, and when she gets home she tells Morgan that Drew is a spy. Drew returns to Audrey’s apartment to retrieve his possessions, including a second-place trophy he won for fantasy football. People soon begin shooting into the apartment and Drew tells Audrey that if anything happens to him, she must travel to Vienna and turn over the trophy to his contact. Drew is then murdered by a man Morgan previously met at the bar, who is himself a spy; Morgan then pushes him off the balcony to his death before he can attack Audrey.