No1298 My The Kid minimal movie poster 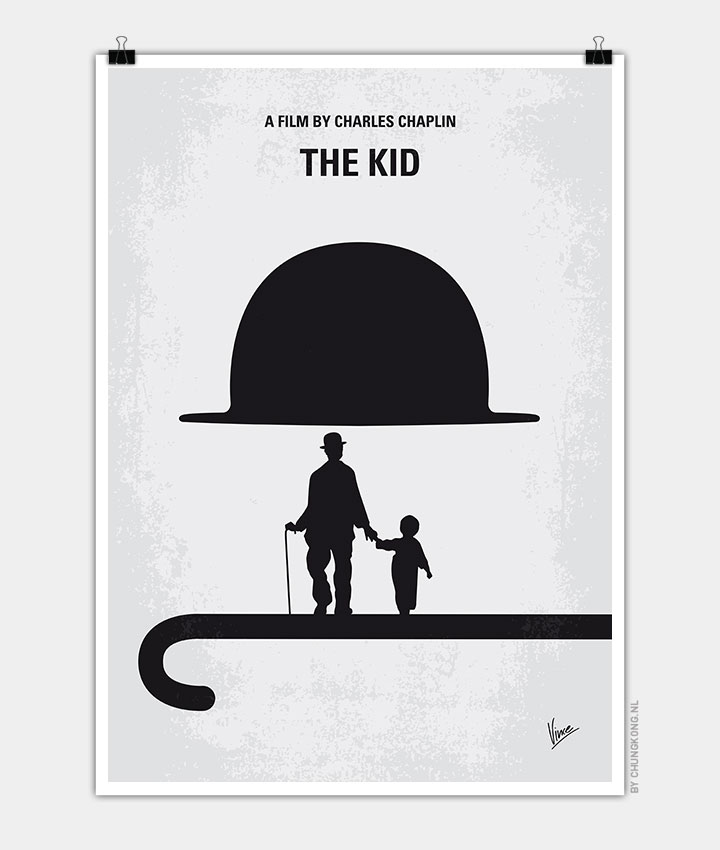 The Tramp cares for an abandoned child, but events put that relationship in jeopardy.

Storyline
The opening title reads: “A comedy with a smile–and perhaps a tear”. As she leaves the charity hospital and passes a church wedding, Edna deposits her new baby with a pleading note in a limousine and goes off to commit suicide. The limo is stolen by thieves who dump the baby by a garbage can.

Charlie the Tramp finds the baby and makes a home for him. Five years later Edna has become an opera star but does charity work for slum youngsters in hope of finding her boy. A doctor called by Edna discovers the note with the truth about the Kid and reports it to the authorities who come to take him away from Charlie. Before he arrives at the Orphan Asylum Charlie steals him back and takes him to a flophouse. The proprietor reads of a reward for the Kid and takes him to Edna. Charlie is later awakened by a kind policeman who reunites him with the Kid at Edna’s mansion.