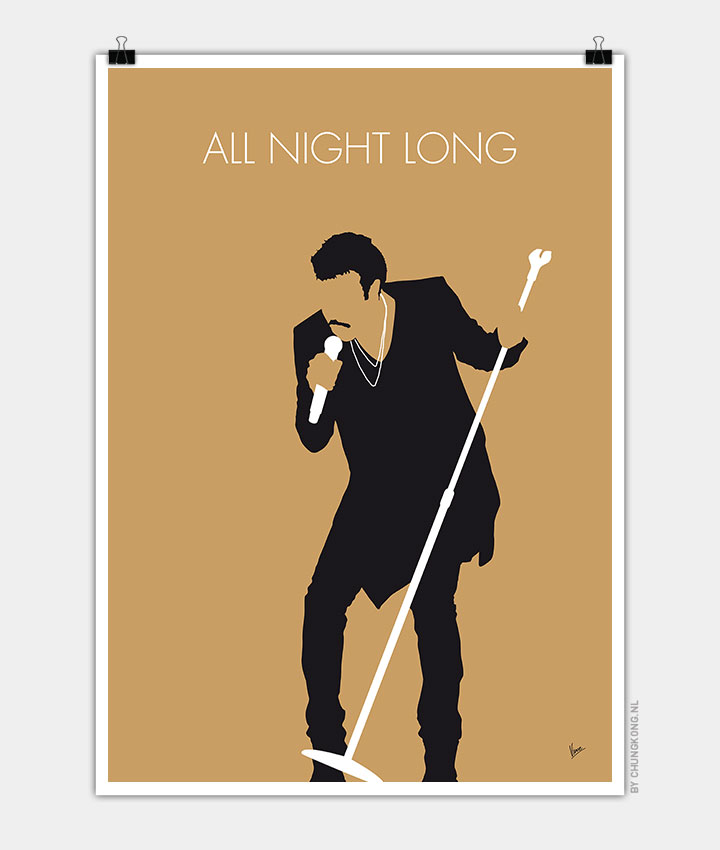 “All Night Long (All Night)” is a hit single by American singer-songwriter Lionel Richie from 1983. Taken from his second solo album, Can’t Slow Down, it combined Richie’s soulful Commodores style with Caribbean influences. This new, more dance music, pop-inspired approach proved popular, as the single reached number one on three Billboard charts (pop, R&B and adult contemporary). Richard Marx contributed backing vocals as an unknown until his 1986 debut album appeared.

In the UK, the song was kept off of the top spot by Billy Joel’s “Uptown Girl”, peaking at number two on the UK Singles Chart for three weeks.

The song lyrics were written primarily in English, but Richie has admitted in at least one press interview that “African” lyrics in the song, such as “Tom bo li de say de moi ya,” and “Jambo jumbo,” were in fact made-up gibberish of his own invention. Richie has described these portions of the song as a “wonderful joke,” written when he discovered that he lacked the time to hire a translator to contribute the foreign language lyrics he wished to include in the song.