No1301 My dont look up minimal movie poster 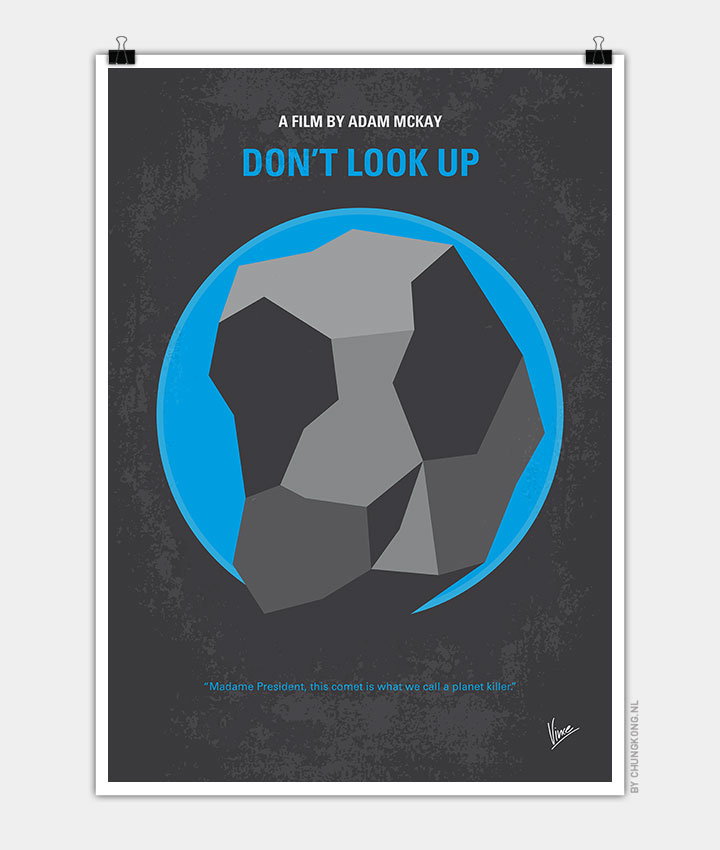 Two low-level astronomers must go on a giant media tour to warn mankind of an approaching comet that will destroy planet Earth.

Storyline
Astronomy student Kate discovers the existence of an unidentified comet. Her professor, Dr Mindy, calculates that the trajectory of the asteroid crosses that of the Earth and that an impact will take place in about six months, killing all life in the process. They travel to the White House to present their findings. However The White House has other plans and are trying to silence Dr Mindy and Kate. In their attempt to inform the population through a television program, nothing really changes. Nobody seems interested and they will soon find out why.