No1306 My Eddie and the Cruisers minimal movie poster 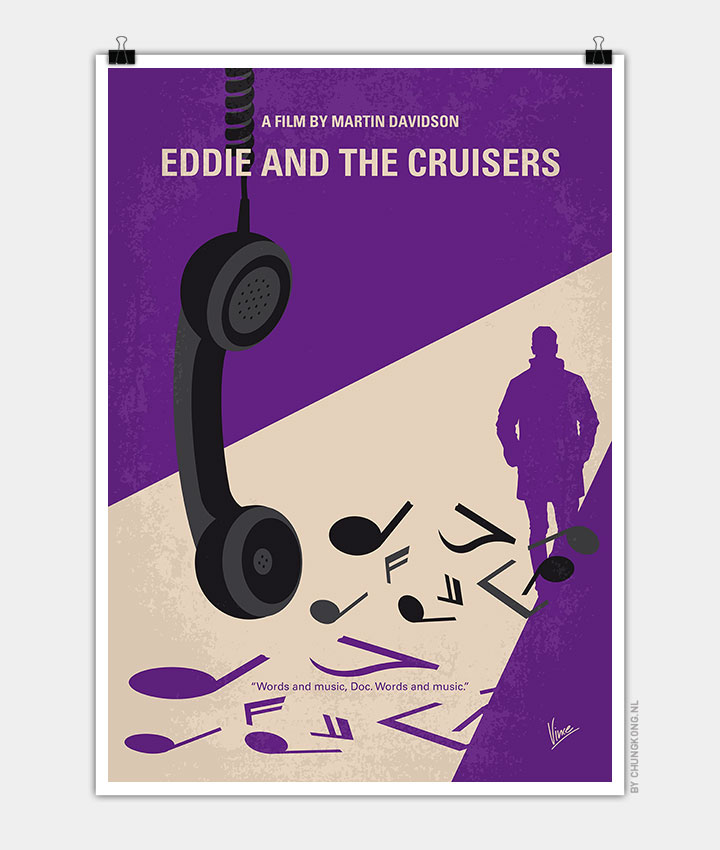 A television newswoman picks up the story of a 1960s rock band whose long-lost leader Eddie Wilson may still be alive, while searching for the missing tapes of the band’s never-released album.

Storyline
It’s been close to eighteen years since the officially listed 1964 death of Eddie Wilson, the lead of the working class Jersey rock band Eddie and the Cruisers, which released only one albeit successful album before his death. That official listing of his death is despite Eddie’s body never having been found. The remaining band members subsequently went their separate ways in Eddie being the band’s nucleus, the surviving members not having spoken to each other since. Music journalist Maggie Foley, under the guise of doing a tribute to Eddie, is really searching for evidence of her speculation that Eddie faked his own death, his disappearance she believes having something to do with the Cruisers’ final recording sessions, as the tapes from those final sessions were checked out of the record company library the day after Eddie’s death never to been seen again.

Maggie tries to contact most of the surviving members in conducting her investigation, each who has a differing opinion on what they would like to see in her story. Coinciding with it, some unknown party also seems to have renewed interest in the band, that party who the band members believes is also searching specifically for the tapes. Flashbacks also show the band’s final few years starting with the time its pianist Frank Ridgeway joined, he the educated, sensitive poet outsider who was the catalyst, for good or bad, of many of the changes that occurred with the band, including he becoming the lyricist to Eddie’s music writer of most of the band’s songs.