No1307 My Blow up minimal movie poster 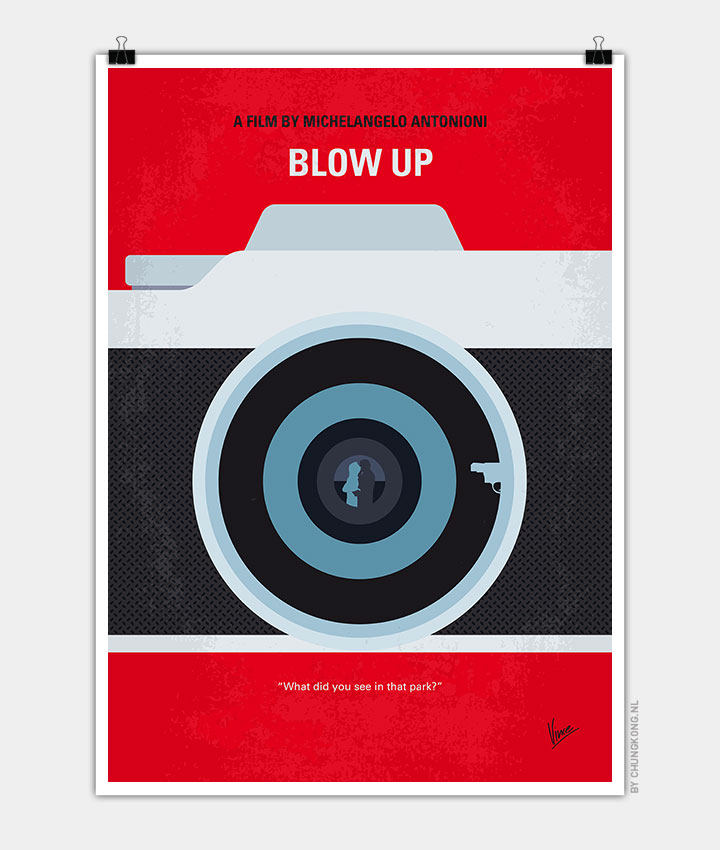 A fashion photographer unknowingly captures a death on film after following two lovers in a park.

Storyline
Thomas is a London-based photographer who leads the life of excess typical of late 1960s mod London. He is primarily a highly sought-after studio fashion photographer, although he is somewhat tiring of the vacuousness associated with it. He is also working on a book, a photographic collection of primarily darker images of human life, which is why he spent a night in a flophouse where he secretly took some photos. While he is out one day, Thomas spies a May-September female-male couple being affectionate with each other in a park. From a distance, he clandestinely starts to photograph them, hoping to use the photographs as the final ones for his book.

The female eventually sees what he is doing and rushes over wanting him to stop and to give her the roll of film. She states that the photographs will make her already complicated life more complicated. Following him back to his studio, she does whatever she needs to to get the film. He eventually complies, however in reality he has provided her with a different roll. After he develops the photographs, he notices something further in the background of the shots. Blowing them up, he believes he either photographed an attempted murder or an actual murder. The photos begin a quest for Thomas to match his perception to reality.