No1310 My The Blood of Heroes minimal movie poster 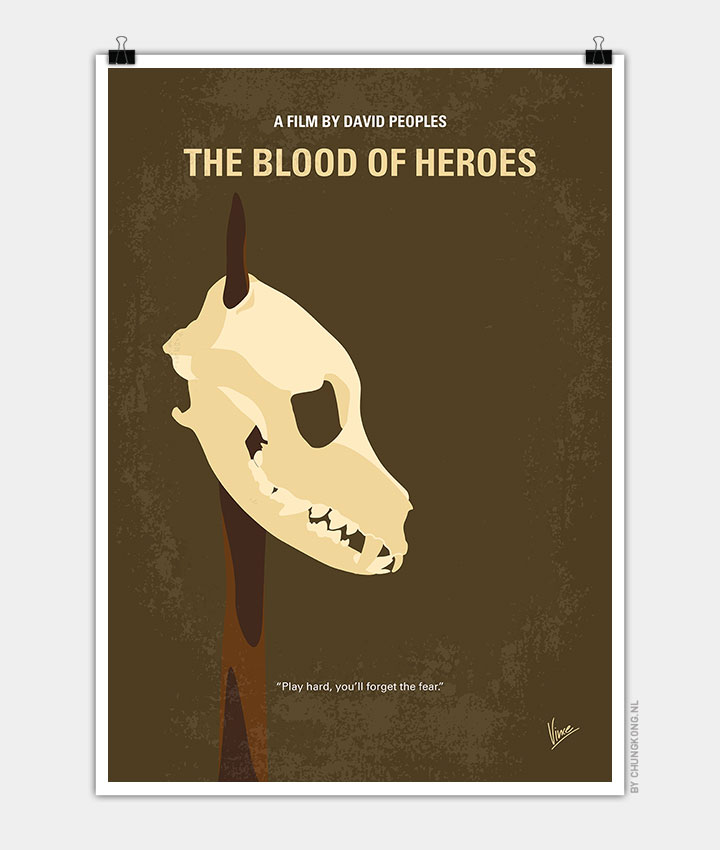 Aka, Salute of the Jugger.
In a future where most of mankind and technology is wiped out, six people travel from place to place playing a brutal form of football with a dog skull. They hope one day to play in the league in a city.

Storyline
A post-apocalyptic world provides the backdrop for a brutal, futuristic game resembling football. Rutger Hauer plays a disgraced former star leading a ragtag group of “Juggers” to one of the remaining Nine Cities for glory and redemption.