No1318 My Under Siege minimal movie poster 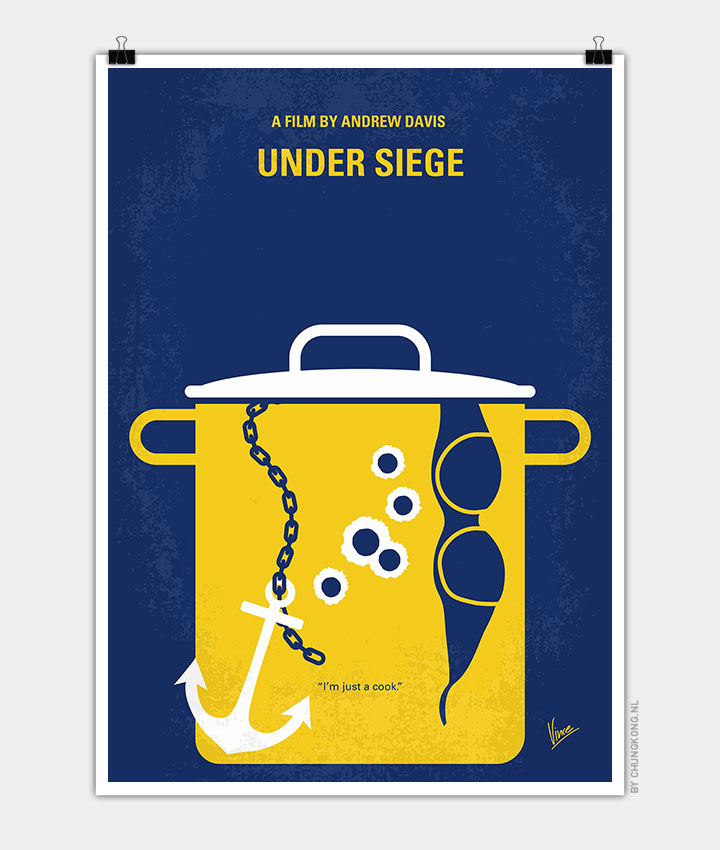 An ex-Navy Seal turned cook is the only person who can stop a group of terrorists when they seize control of a U.S. battleship.

Storyline
Casey Ryback is a former Navy SEAL captain who is now the cook aboard the USS Missouri. Everyone aboard is about to celebrate the birthday of Captain Adams. They’ve even hired a band led by William Strannix, and former playboy playmate Jordan Tate to jump out of a cake and dance. What Adams doesn’t know is that he is in for a deadly surprise. Strannix has Adams killed and takes the ship to steal its nuclear missiles, spreading his men, including Commander Krill, throughout the ship, but Strannix and his men are underestimating Casey. Casey is an expert in martial arts, weapons, tactics, and explosives. After crossing paths with Jordan, Casey lets Jordan tag along with him in his mission to stop Strannix.