No1320 My All Good Things minimal movie poster 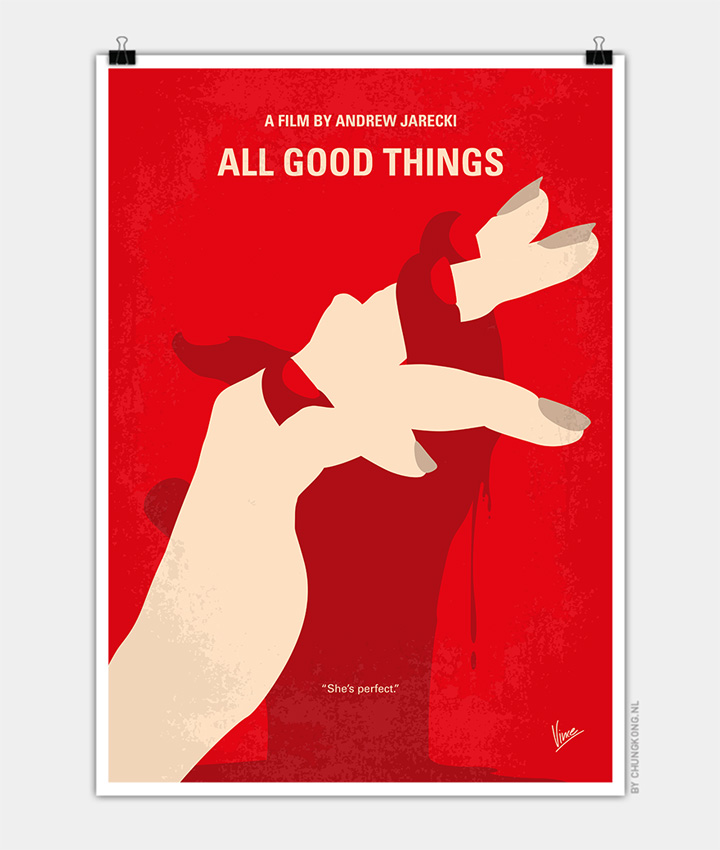 David Marks, a real estate scion, is suspected of killing his wife Katie, who disappeared in 1982.

Storyline
David Marks is the eldest of the third generation of the New York Marks real estate moguls, they who are in the top five of all New York City landowners, primarily of tenements and commercial properties renting to what would be considered seedy shops. David never had any desire to enter into the family business, which was run during the late twentieth century by his long widowed father, the cutthroat Sanford Marks, with whom he had a detached relationship.