No1328 My How to Train Your Dragon minimal movie poster 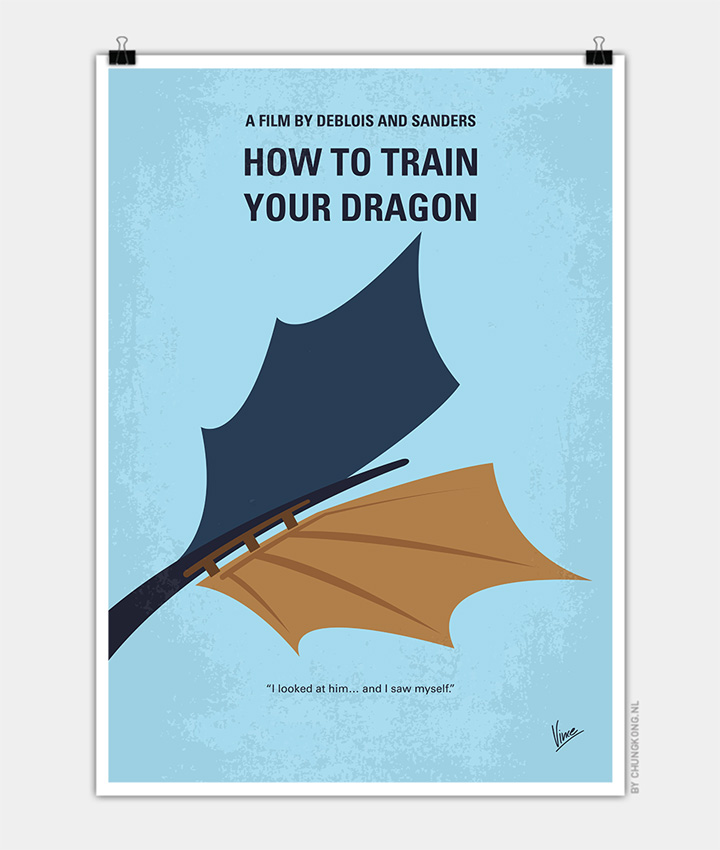 A hapless young Viking who aspires to hunt dragons becomes the unlikely friend of a young dragon himself, and learns there may be more to the creatures than he assumed.

Storyline
The son of a Viking chief, Hiccup, desperately wants to follow his father’s legacy and fight the dragons that raid their village. But when he finally hits a dragon and finds it crash landed in the forest, and is unable to bring himself to kill it, Hiccup soon realizes that the dragons aren’t at all what the Vikings have always believed them to be.