No1331 My Let the Bullets Fly minimal movie poster 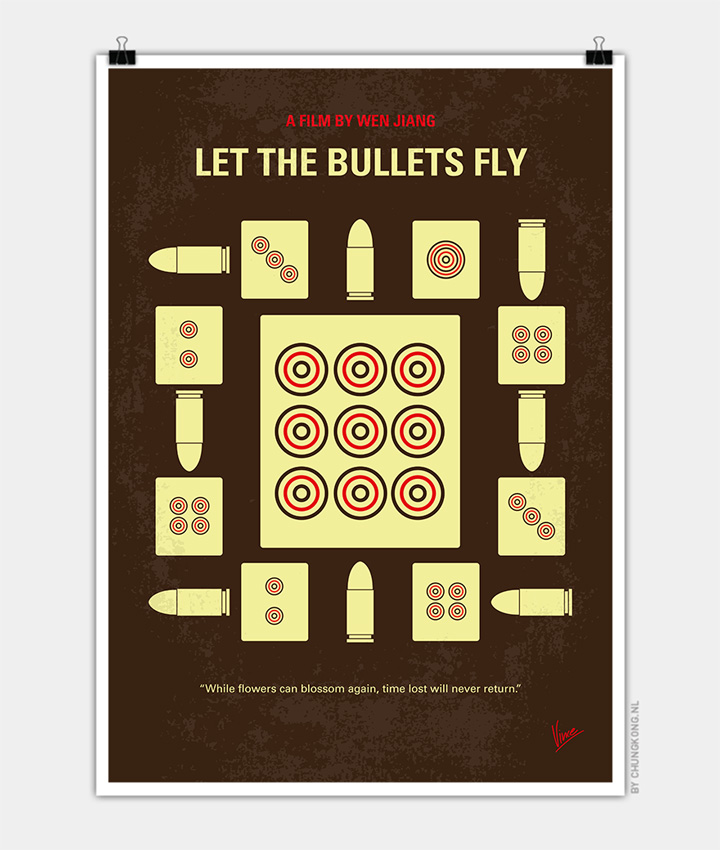 In 1920s China, a bandit arrives in a remote provincial town posing as its new mayor, where he faces off against a tyrannical local nobleman.

Storyline
Set in China during the warring 1920s, notorious bandit chief Zhang descends upon a remote provincial town posing as its new mayor, an identity that he had hijacked from Old Tang, himself a small-time imposter. Hell-bent on making a fast buck, Zhang soon meets his match in the tyrannical local gentry Huang as a deadly battle of wit and brutality ensues.