No1334 My Mank minimal movie poster 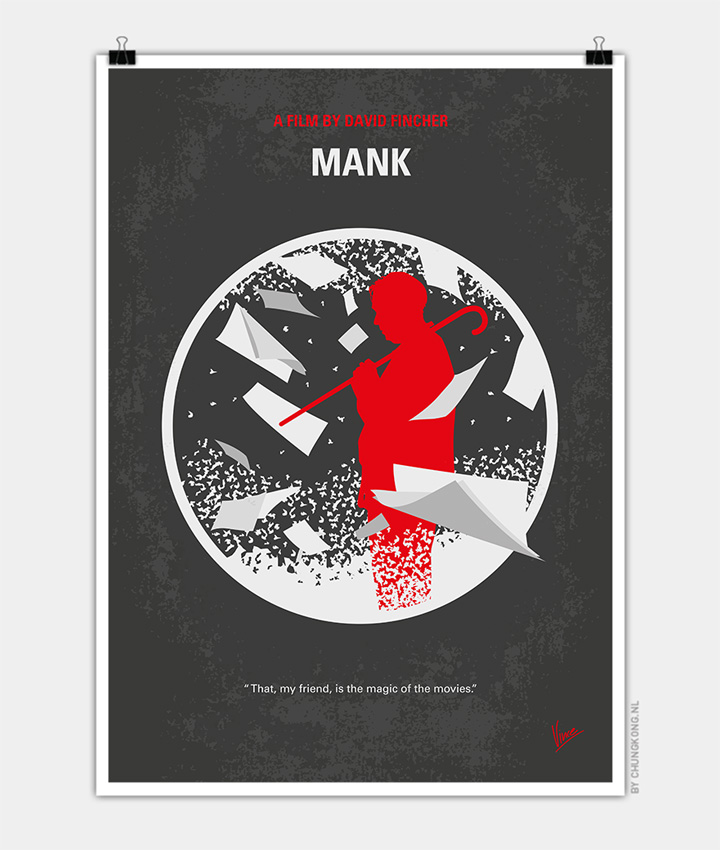 1930s Hollywood is re-evaluated through the eyes of scathing social critic and alcoholic screenwriter Herman J. Mankiewicz as he races to finish the screenplay of Citizen Kane (1941).

Storyline
In 1940, film studio RKO 1940 hires 24-year-old wunderkind Orson Welles under a contract that gives him full creative control of his movies. For his first film, he calls in washed-up alcoholic Herman J. Mankiewicz to write the screenplay. That film is “Citizen Kane,” and this is the story of how it was written.