No1335 My Sleeping with the Enemy minimal movie poster 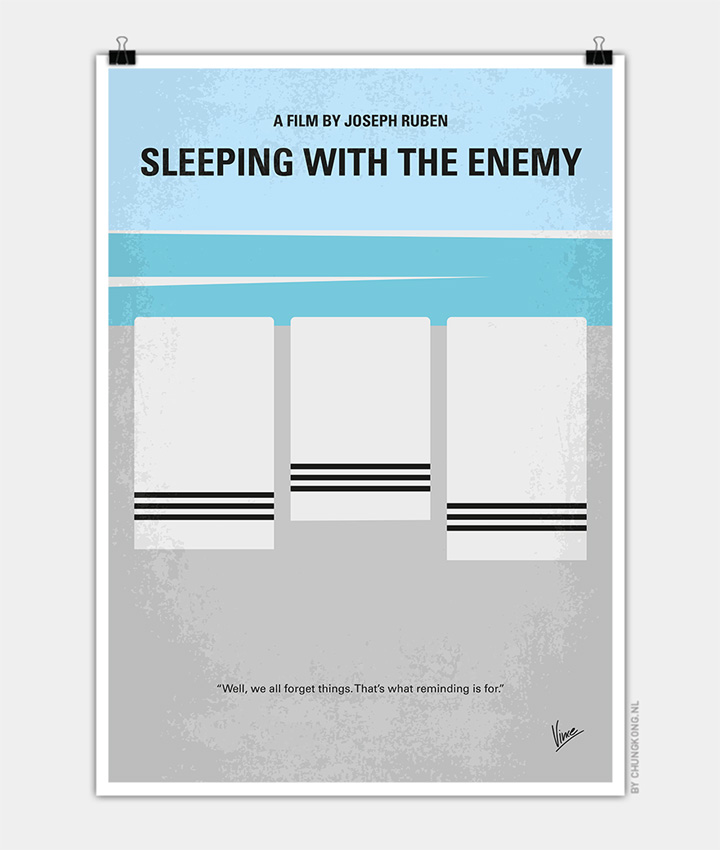 A young woman fakes her own death in an attempt to escape her nightmarish marriage, but discovers it is impossible to elude her controlling husband.

Storyline
Laura and Martin have been married for four years. They seem to be the perfect, happiest and most successful couple. The reality of their house- hold, however, is very different. Martin is an abusive and brutally obsessed husband. Laura is living her life in constant fear and waits for a chance to escape. She finally stages her own death, and flees to a new town and new identity. But when Martin finds out that his wife is not dead he will stop at nothing to find and kill her.