No134 MY Pink Minimal Music poster 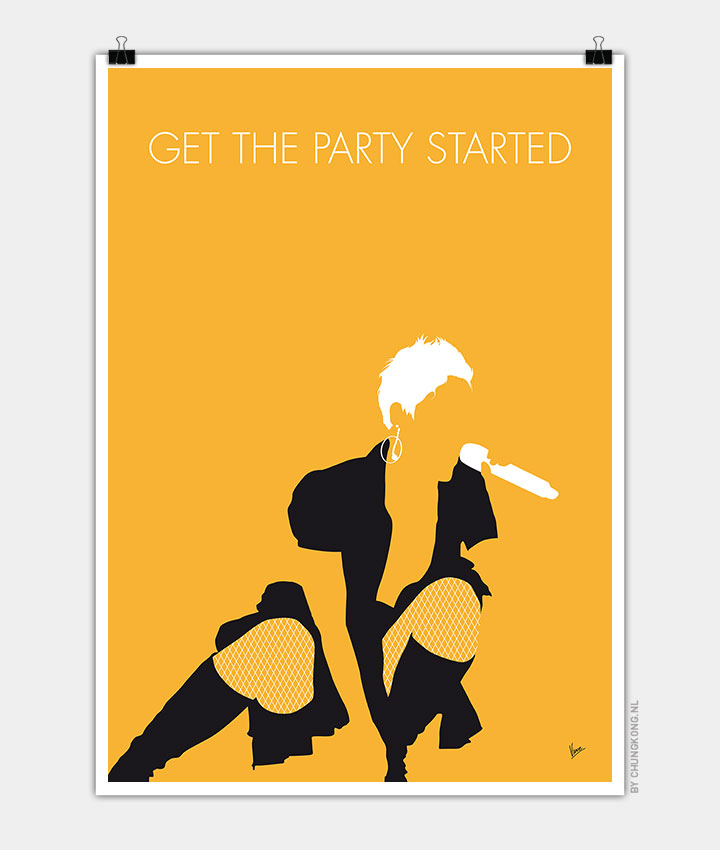 “Get the Party Started” is a song by American recording artist Pink, and was the first single from her second album titled Missundaztood (2001). It became an international hit and reached the top ten in many countries. The song was Pink’s biggest-selling song at that time. The track was released on October 9, 2001 to positive reviews. After the release of the single, it was confirmed that Pink would be releasing Missundaztood.