No1341 My Peggy Sue Got Married minimal movie poster 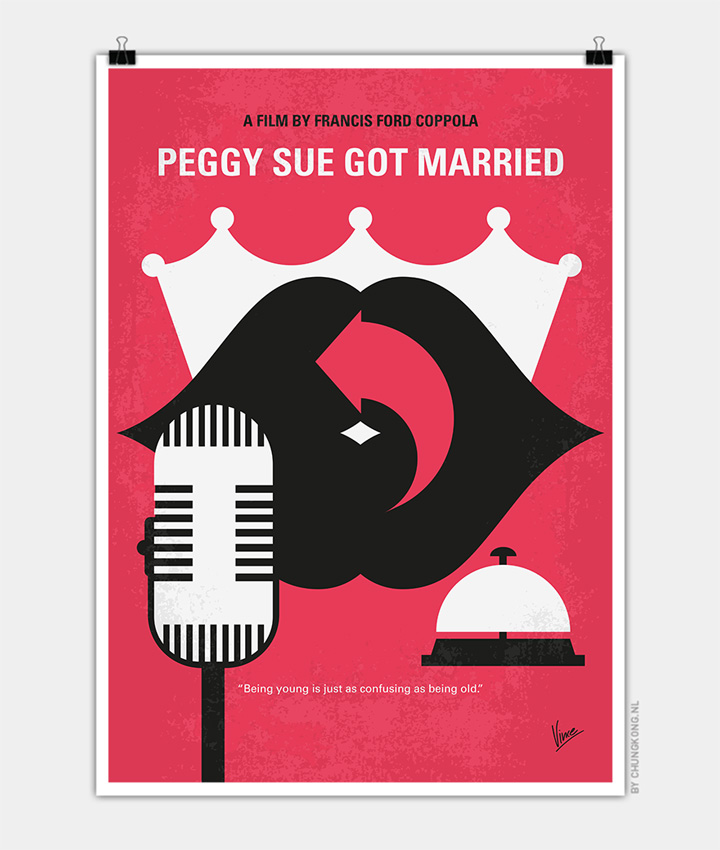 Peggy Sue faints at a high school reunion. When she wakes up, she finds herself in her own past, just before she finished school.

Storyline
Forty-three year old Peggy Sue Bodell is in an unsatisfying marriage to her high school sweetheart, Charlie Bodell, a marriage which includes money issues and infidelity. They got married when she got pregnant at age eighteen. He still dreams about the musical career he wanted that never materialized. She feels he blames her for that failure. They are on the verge of divorce. At a pivotal moment related to her high school life, Peggy Sue mysteriously gets transported back twenty-five years to her senior year of high school. Initially, she is most concerned about what has happened to her, not knowing if what she’s experiencing is real or if perhaps she’s dead. But after the initial shocks of revisiting her youth, Peggy Sue thinks that she can rewrite her past and make different decisions that will affect her future, one she hopes will be happier than what she experienced the first time around. But she also learns some things about why Charlie made the decisions he did.