No1343 My Romeo Must Die minimal movie poster 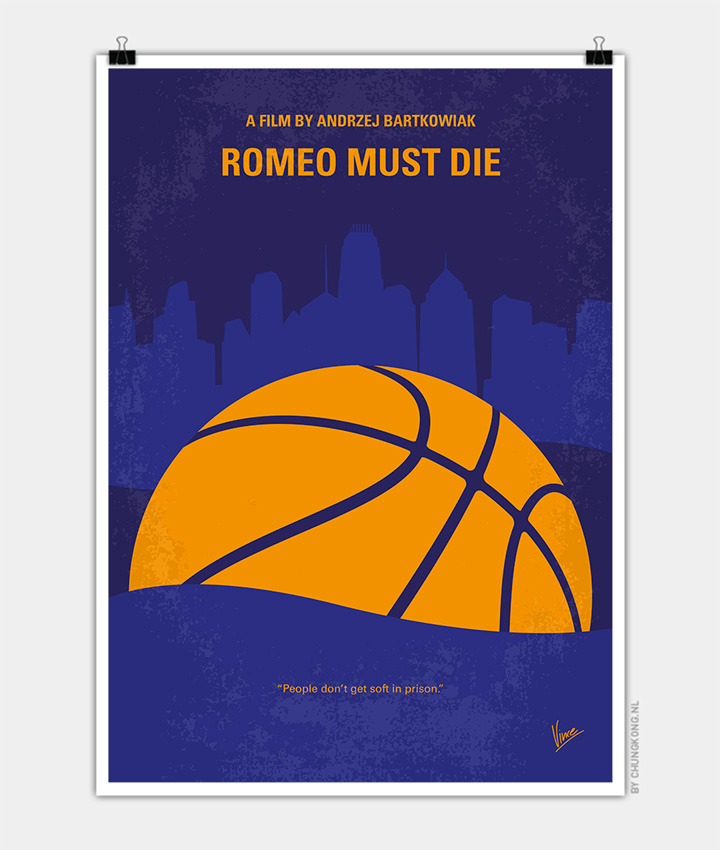 An avenging cop seeks out his brother’s killer and falls for the daughter of a businessman who is involved in a money-deal with his father.

Storyline
When a Chinese gang lord’s son is murdered in Oakland, his brother, Han, breaks out of a Hong Kong prison to find out how it happened and to avenge his death. He arrives on controlled turf, a waterfront run by the rival gang-lords Ch’u Sing and Isaak O’Day, and their respective Chinese and African-American crime organizations. When it is clear that something bigger is involved, Han teams up with O’Day’s daughter Trish to continue the hunt for justice.