No1346 My Moonstruck minimal movie poster 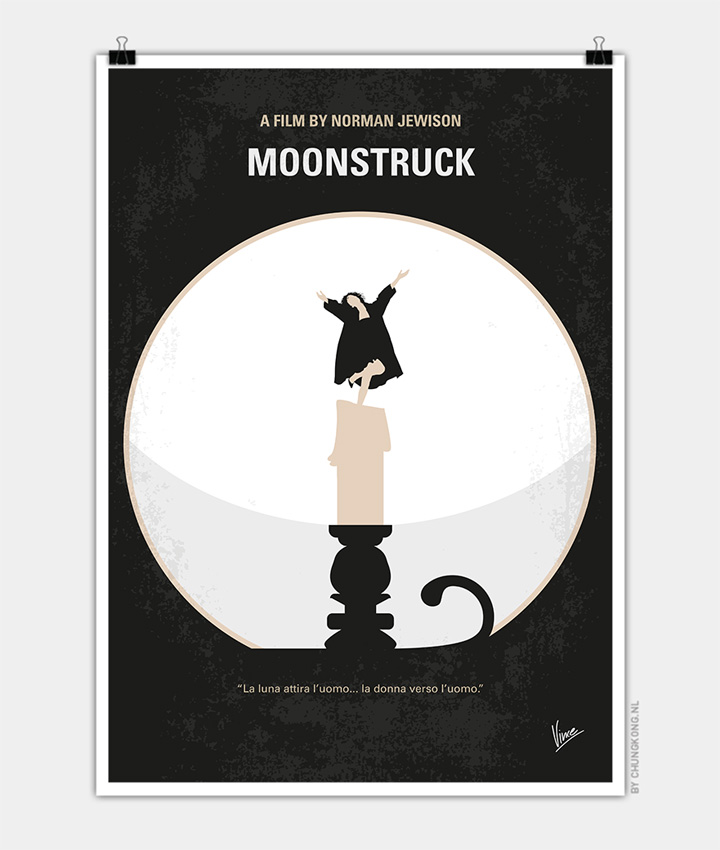 Loretta Castorini, a bookkeeper from Brooklyn, New York, finds herself in a difficult situation when she falls for the brother of the man she has agreed to marry.

Storyline
Loretta Castorini, a Brooklyn bookkeeper in her late 30s whose husband died several years earlier in a bus accident, decides it’s time to get married again. So she accepts the proposal of a nice, middle-aged fellow named Johnny Cammareri. Loretta is convinced her first marriage was cursed because she and her husband had gotten married at City Hall; this time, she’s determined to do things right, even as she admits to her mother, Rose, that she’s not really in love with Johnny. (To which Rose replies: “Good. When you love them, they drive you crazy, ’cause they know they can.” Rose speaks from rueful experience; she suspects, with good reason, that her husband, Cosmo, is cheating on her.) Loretta is convinced that marrying Johnny is the safe and sure thing to do – until she meets his estranged younger brother Ronny, who tends the ovens in a neighborhood bakery. Loretta discovers that in startling contrast to the pleasant, mild-mannered Johnny, Ronny is moody and passionate; what follow are complications worthy of a comic opera.