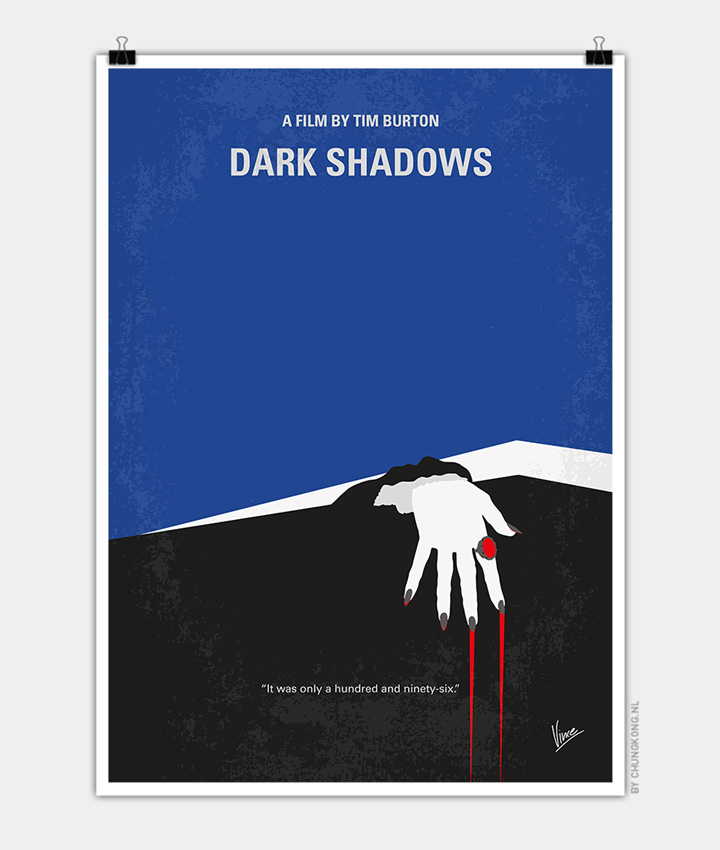 An imprisoned vampire, Barnabas Collins, is set free and returns to his ancestral home, where his dysfunctional descendants are in need of his protection.

Storyline
In 1760, the Collins family moves from Liverpool to the Maine to expand the family empire and dedicate to fishing business. One year later, they are successful and the city of Collinsport is raised in the place. Then, for fifteen years, Joshua and Naomi Collins build their Collinswood mansion. Their servant Angelique Bouchard has an unrequited love for their son Barnabas that actually loves Josette DuPres. But Angelique is a powerful witch that curses Barnabas and his family, killing his parents, Josette and turning him into a vampire. Then she brings the locals that lock him in a coffin and bury him for the eternity. In 1972, the young Victoria Winters comes to the decadent Collinswood to be the tutor of the young David Collins, who lost his mother two years ago. She finds a dysfunctional family composed by the devoted matriarch Elizabeth Collins Stoddard ahead of the family business that is near bankruptcy; her rebel daughter Carolyn Stoddard; her brother and David’s father Roger Collins; the psychiatrist Dr. Julia Hoffman that takes care of David; and the servants Willie Loomis and Mrs. Johnson. When eleven workers release and awake Barnabas, he drinks their blood and returns to Collinswood. He meets Elizabeth and she tells him that the family has been cursed then Barnabas shows a hidden room with a treasure inside and he promises to protect them and assume the business. When he sees Victoria, he rekindles his love for her. But the witch Angelique is still alive and is prominent in the town and she has not forgotten Barnabas or that he broke her heart.