No136 MY EricBandRakim Minimal Music poster 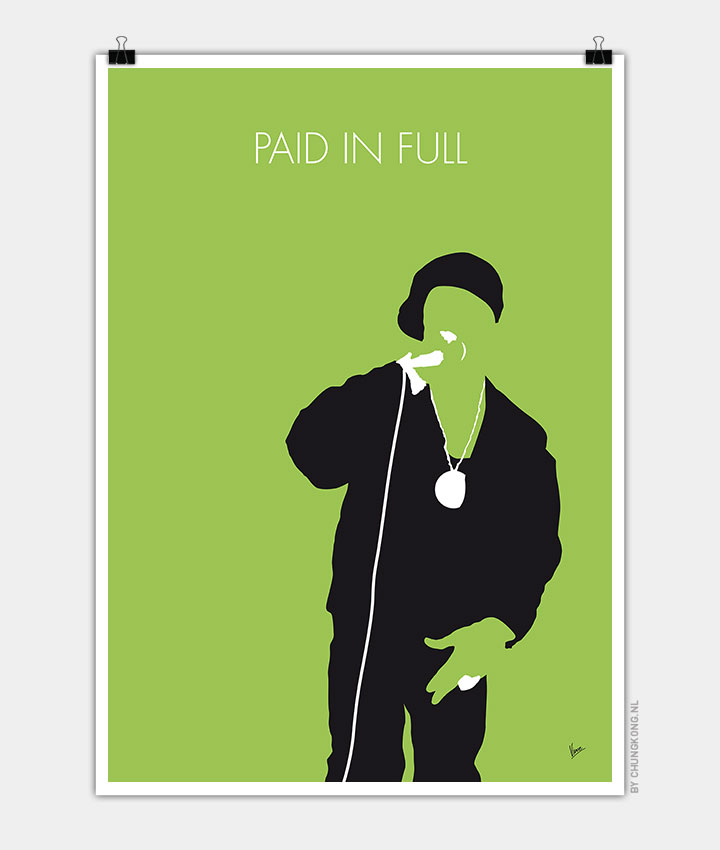 “Paid in Full” is a song by American hip hop duo Eric B. & Rakim. Written and produced by group members Eric Barrier and Rakim Allah, the song was released as the fifth single from the duo’s debut studio album Paid in Full. “Paid in Full” became one of the group’s most successful singles, owing heavily to a popular remix of the song by English dance music duo Coldcut.

In 1985, Eric B. launched a search for a rapper to complement his turntable work at the WBLS radio station in New York City. Rakim responded to his search, and the two later began to record tracks together in the home studio of one of Rakim’s close friends, Marley Marl.

After Def Jam Recordings founder Russell Simmons heard the duo’s debut single “Eric B. Is President”, he signed them to Island Records and began recording their debut studio album in early 1987, alternating between Marley Marl’s home studio and Manhattan’s Power Play Studios. The resulting album, Paid in Full, was released in July 1987.