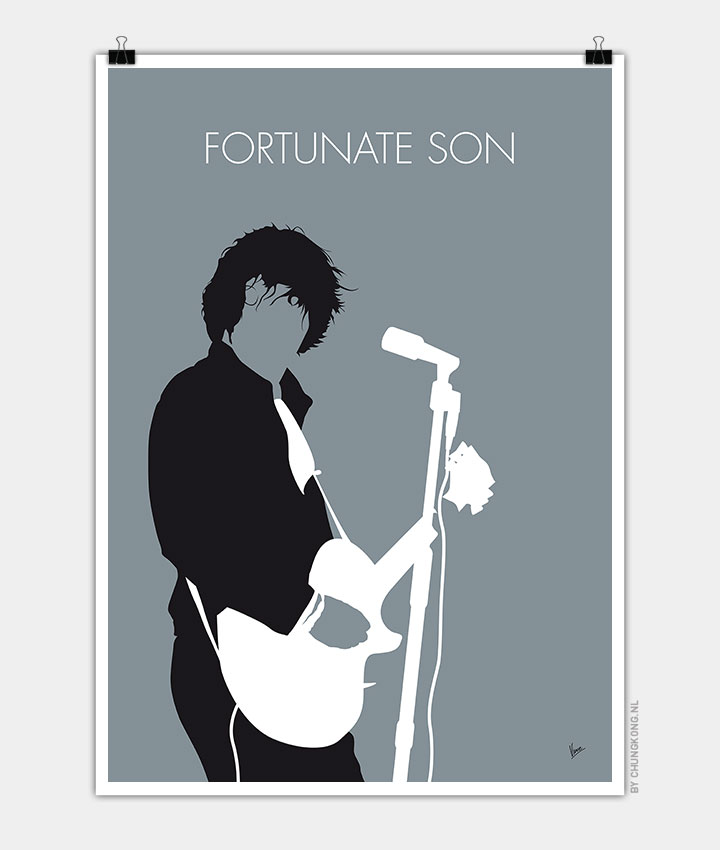 “Fortunate Son” is a song by American rock band Creedence Clearwater Revival released on their fourth studio album, Willy and the Poor Boys in 1969. It was released as a single, together with “Down on the Corner”, in September 1969. It soon became an anti-war movement anthem; an expressive symbol of the counterculture’s opposition to U.S. military involvement in the Vietnam War and solidarity with the soldiers fighting it.

The song reached #14 on the United States charts on November 22, 1969, the week before Billboard changed its methodology on double-sided hits. The tracks combined to climb to #9 the next week, on the way to peaking at #3 three more weeks later, on 20 December 1969. It won the RIAA Gold Disc award in December 1970. Pitchfork Media placed it at number 17 on its list of “The 200 Greatest Songs of the 1960s”. Rolling Stone placed it at #99 on its “500 Greatest Songs of All Time” list. In 2014, the song was added to the National Recording Registry by the Library of Congress for being “culturally, historically, or aesthetically significant.”