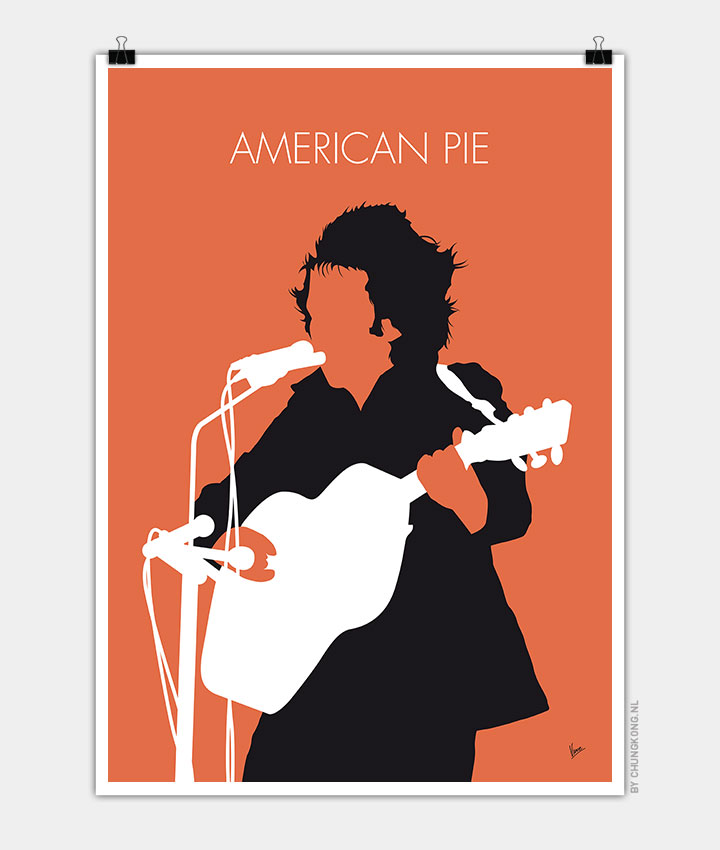 “American Pie” is a song by American folk rock singer and songwriter Don McLean. Recorded and released on the American Pie album in 1971, the single was a number-one US hit for four weeks in 1972. In the UK, the single reached No. 2 on its original 1972 release and a reissue in 1991 reached No. 12. The song was listed as the No. 5 song on the RIAA project Songs of the Century. A truncated version of the song was covered by Madonna in 2000 and reached No. 1 in several countries, including the United Kingdom, Canada and Australia.

The repeatedly mentioned “day the music died” refers to the 1959 plane crash which killed early rock and roll performers Buddy Holly, The Big Bopper, and Ritchie Valens. (The crash was not known by that name until after McLean’s song became a hit.) The meaning of the other lyrics has long been debated, and for decades, McLean declined to explain the symbolism behind the many characters and events mentioned. However, the overall theme of the song is the loss of innocence of the early rock and roll generation as symbolized by the plane crash which claimed the lives of three of its heroes.