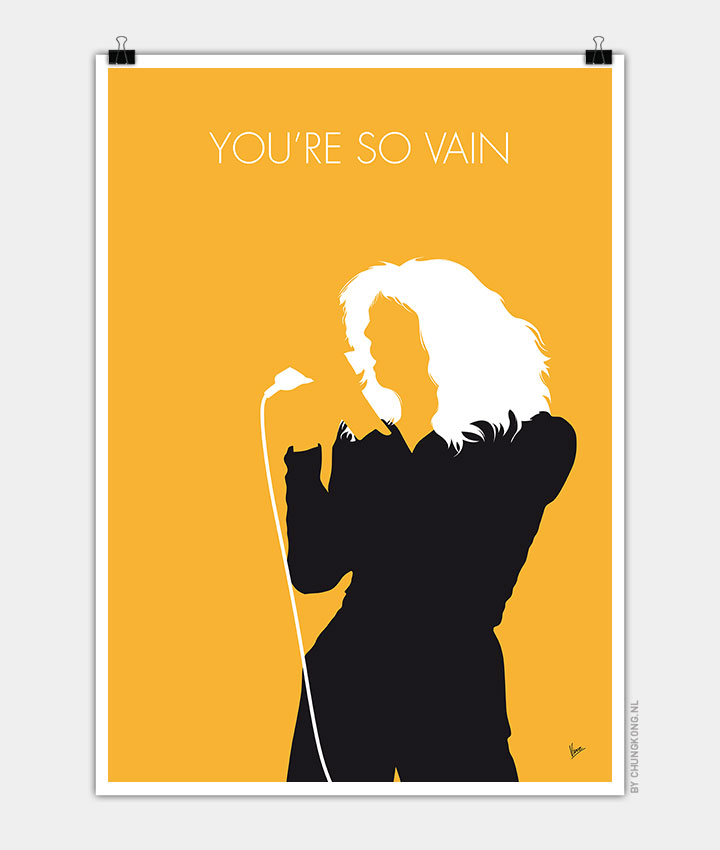 “You’re So Vain” is a song written and performed by Carly Simon and released in November 1972. The song is a critical profile of a self-absorbed lover about whom Simon asserts “You’re so vain, you probably think this song is about you.” The title subject’s identity has long been a matter of speculation, with Simon stating that the song refers to three men, only one of whom she has named publicly, actor Warren Beatty. The song is ranked at #82 on Billboard’s Greatest Songs of All-Time. “You’re So Vain” was voted #216 in RIAA’s Songs of the Century, and in August 2014, the UK’s Official Charts Company crowned it the ultimate song of the 1970s.

The distinctive bass guitar intro is played by Klaus Voormann and the strings were arranged by Simon and orchestrated by Paul Buckmaster. Simon plays piano on the track.