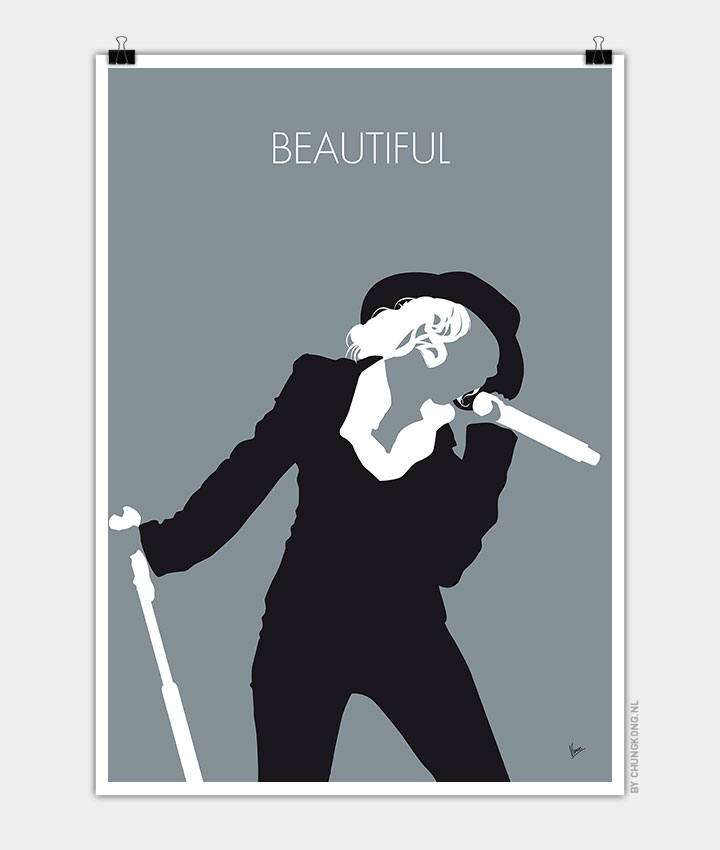 “Beautiful” is a song recorded by American singer Christina Aguilera for her fourth studio album, Stripped (2002). It was released as the album’s second single on November 16, 2002. A pop and R&B ballad, “Beautiful” was written and produced by Linda Perry. Lyrically, it discusses inner beauty, as well as self-esteem and insecurity issues. Aguilera commented that she put “her heart and her soul” into the track, which she felt represented the theme of Stripped. The song was later re-recorded in an electronic style for her first greatest hits album Keeps Gettin’ Better: A Decade of Hits (2008).

Upon its release, “Beautiful” received universal acclaim from music critics, who have ranked it among Aguilera’s strongest material. It won a Grammy Award for Best Female Pop Vocal Performance and was also nominated for Song of the Year at the 2004 ceremony. “Beautiful” was also a commercial success, topping the charts in Australia, Belgium, Canada, Ireland, New Zealand and the United Kingdom. The song peaked at number two on the Billboard Hot 100 in the United States, where it was certified Gold for 500,000 units shipped. It was kept from the number one spot by “Bump, Bump, Bump” by B2K featuring P. Diddy.