No148 MY CARPENTERS Minimal Music poster 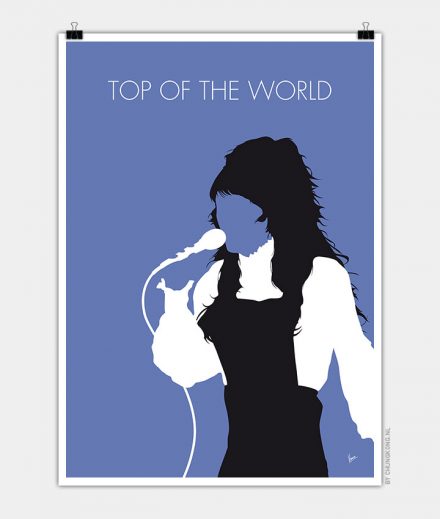 Top of the World is a 1972 song written and composed by Richard Carpenter and John Bettis. The song was a Billboard Hot 100 No. 1 hit for two consecutive weeks in 1973.

This song was originally intended to be only an album cut. However, country music singer Lynn Anderson covered the song and was the first to release it as a single. Her version nearly topped the US Billboard Hot Country singles chart, reaching No. 2.