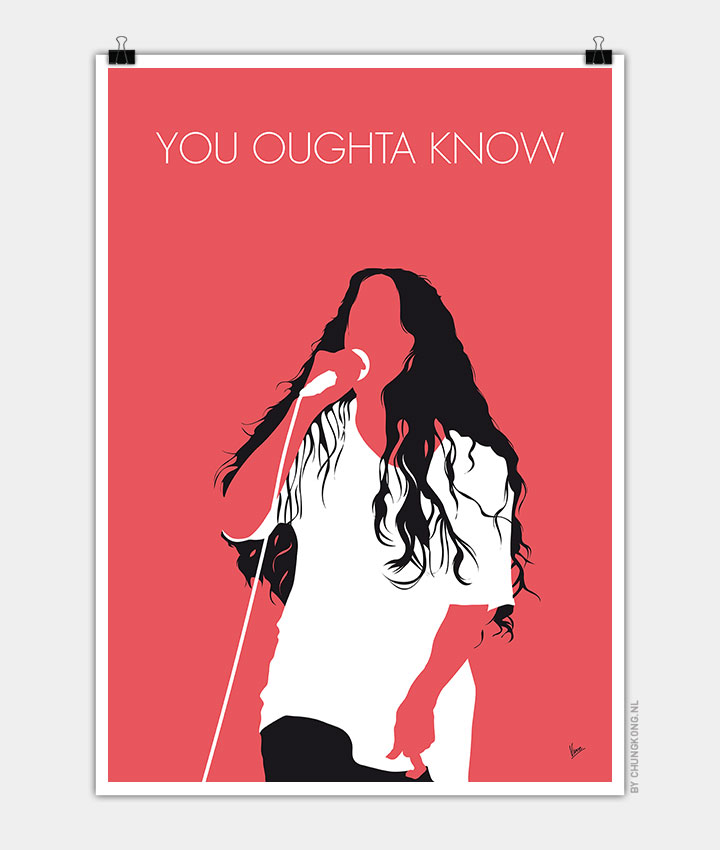 “You Oughta Know” is a song by Canadian-American singer Alanis Morissette, released as the lead single from her third studio album, Jagged Little Pill (1995) on July 7, 1995. After releasing two commercially successful studio albums through MCA Records Canada, Morissette left MCA Records Canada and was introduced to manager Scott Welch. Morissette began working on new music after moving from her hometown of Ottawa to Toronto, but did not make much progress until travelling to Los Angeles, where she met Glen Ballard. Morissette and Ballard co-wrote the song with the latter producing it. L.A. producer and friend, Jimmy Boyle, recorded and engineered the track in addition to recruiting musicians Flea and Dave Navarro of the Red Hot Chili Peppers to play bass and guitar on the track.

The song was the first released track that saw Morissette’s departure from bubblegum pop to the alternative rock sound she was later known for. Released to positive reviews from critics, the single managed to outperform the label’s initial expectations. KROQ-FM, an influential Los Angeles modern rock radio station, began playing “You Oughta Know”, leading to the single receiving commercial success, reaching the top ten in Australia and the United States, where it was a multiformat hit in several different genre charts, and making the top forty in Canada, Sweden, New Zealand, Belgium, the Netherlands, and the United Kingdom.