No153 MY 50 Cent Minimal Music poster 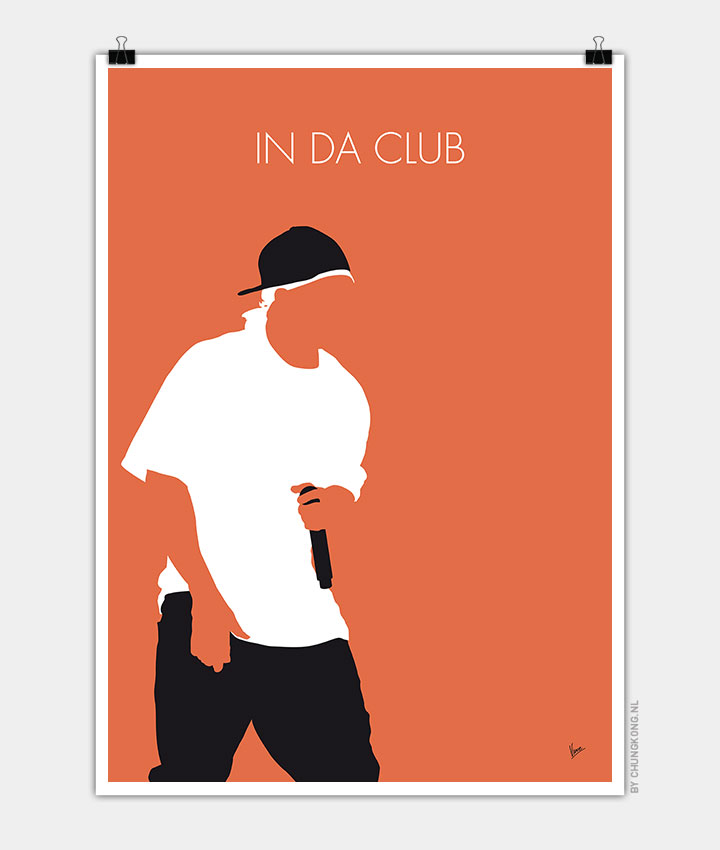 “In da Club” is a hip hop song performed by American rapper 50 Cent from his debut studio album Get Rich or Die Tryin’ (2003). The song was written by 50 Cent, Dr. Dre, and Mike Elizondo and produced by Dr. Dre with co-production credit from Elizondo. The track was released in January 2003 as the album’s lead single and peaked at number one on the Billboard Hot 100, becoming 50 Cent’s first number one single on that chart.

“In da Club” received praise from critics; at the 46th Grammy Awards, it was nominated for Best Male Rap Solo Performance and Best Rap Song. The song’s music video won Best Rap Video and Best New Artist at the 2003 MTV Video Music Awards. In 2009, the single was listed at number 24 in Billboard’s Hot 100 Songs of the Decade. It was listed at number 13 in Rolling Stone’s “Best Songs of the Decade”. In 2010, it was ranked 448th in Rolling Stone’s 500 Greatest Songs of All Time list.