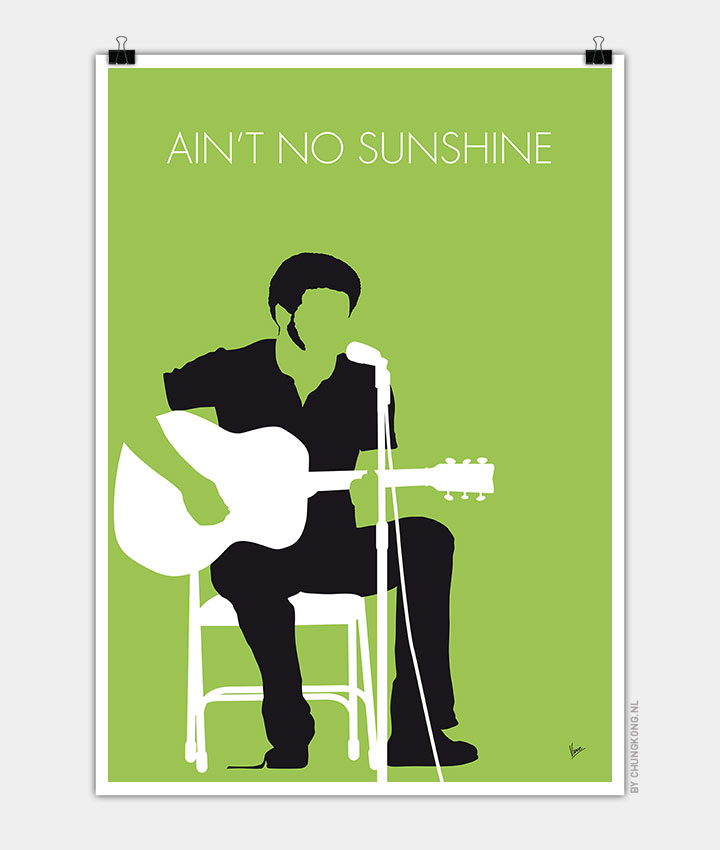 “Ain’t No Sunshine” is a song by Bill Withers from his 1971 album Just As I Am, produced by Booker T. Jones. The record featured musicians Donald “Duck” Dunn on bass guitar, Al Jackson, Jr. on drums and Stephen Stills on guitar. String arrangements were done by Booker T. Jones, and recorded in Memphis by engineer Terry Manning. The song is in the key of A minor.

The song was released as a single in 1971, becoming a breakthrough hit for Withers, reaching number six on the U.S. R&B Chart and number three on the Billboard Hot 100 chart. Billboard ranked it as the No. 23 song for 1971. The song also appears on the original soundtrack album for the film When We Were Kings (1997).