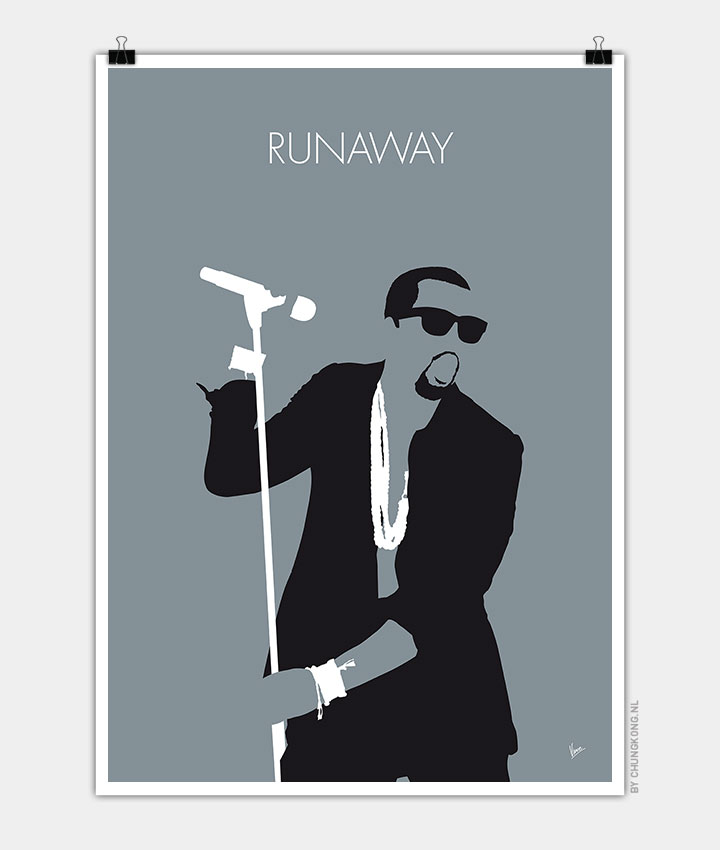 “Runaway” is a song by American hip hop recording artist Kanye West, released as the second single from his fifth studio album, My Beautiful Dark Twisted Fantasy (2010). It features Pusha T, who is signed to West’s label GOOD Music. The production was handled by West, Emile, Jeff Bhasker, and Mike Dean. The composition features repetitive piano riffs, intricate samples and a production style with several similarities to West’s album 808s & Heartbreak (2008). Described as a deeply personal song in nature, it expresses West’s thoughts on his failed relationships, and his acceptance of the media’s perception of him. Lyrically the song explores criticism aimed at West in the past and serves as a “toast to the douchebags.”